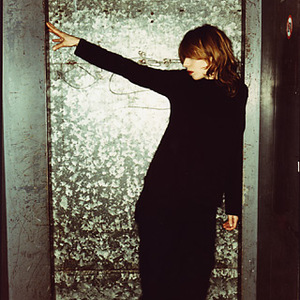 Soffy O. had to take some time off. At the start of the new millennium--through the huge success of the singles Missy Queen?s Gonna Die and Day Of Mine--Soffy Larsson Ocklind?s life had just gotten too fast. She had adopted the name Soffy O. to work as the singer/songwriter front-woman for the techno/electro act Tok Tok. Thats when the rollercoaster ride started: German Dance Award for best newcomer and critic?s choice track, invitations to play clubs all over the world , international recognition.

In 2003 Britains Stylus Mag wrote of her voice and her appearance: A younger teutonic Kim Gordon, who sings like an indifferent angel of death with a cyborg implant. The same article compared her penetrating power to Eurythmics singer Annie Lennox, and her single with Tok Tok to Sweat Dreams. Those who know both acts will see the parallels. Its all about attitude. And the will to make pop music.

But after the rush came the hangover. Soffy O was thrown from the rollercoaster and landed back on the ground. Fast forward to 2006. A lot of time has passed. Shes taken a lot of contemplative walks. Shes looked for new directions. In the end, though, Soffy O. has decided to remain Soffy O. and to keep rubbing against pop. Soffy?s debut as a solo artist The Beauty Of It is a m?lange of funk, disco, R?n?B, 70s soul, rock?n?roll and 60s girl group sounds. Which is mainly due in no small measure to Soffy?s singing - endearing and demanding at the same time. Soul music. Frisky and cool. Plaintive, aggressive, then entreating again. Every track a love song. For ?The Beauty Of It? Soffy has developed roles and literary characters: her songs are little essays, fed by Soffy?s personal experience. Warm and fragile pop songs are contrasted with the sadness of her texts. Life is, after all, no bed of roses. Desperation, isolation, unrequited love, self-loathing these are the rather dark sentiments that lurk beneath the sugary sounds of songs such as ?Come With Me? , ?Haven?t Had Much? or ?Let me Care.

In the girl groups-evoking ?I Never Know? Soffy O. sings: I drank in despair/ and fell everywhere/ I brought so much shame/ onto my name/ dont remind me/ it?s all history Call it praying for forgiveness - atop a catchy 60s melody. ?Come With Me? sounds like an airy disco track, but Soffy O.?s on the attack: Did it ever occur to you/ that I?m fed up/ fed up/ fed up! And the second track on the album, ?Maybe A Dog,? rings of despair: Is there anyone who needs you?/ Anyone you can speak to?/ Maybe a dog won?t leave you!/ Maybe a dog could please you! But despite all the anger and sadness Soffy?s songs are steeped in life-affirming desire. The album was produced by Canadian multi-talent Mocky, his vision of cushy but light grooves are supported by guest musicians like Jamie Lidell, Gonzales, Gina V. D?Orio of Cobra Killer, Chris Imler, Snax, Taylor Savvy, and Manne Sevensson of The Flare-Ups. All of them were involved in shaking up Berlin and the international dance scene, and have since moved on to new places and walked new musical paths.

Soffy O. has more up her sleeve. This year, together with the musician Manne Svensson, she has founded the live project Soffy O. & And A Group Of Os. There will be live shows in the near future. Expect to be surprised.

The Beauty Of It