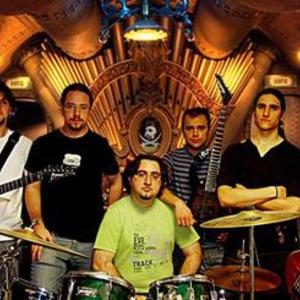 Anima Adversa was born at the end of 2003 in Granada (Spain). After several years working at home and some line-up changes, they reach their current state, their current line-up, and they record their first LP: "El Otro Yo". Very concerned about Freedom of Music, this and their later works would be licensed after a Creative Commons license, allowing anyone to download and share it with everyone in the world.

After working hardly during the following two years, and giving concert along with mythical bands such as Baron Rojo, Lujuria, Azrael or Stravaganzza, they record their second EP: "El Grito en el Cielo", which reached the nomination to "best heavy album" in Spain by the UFI (independent phonographic union). This release allowed them to act in cities like Madrid, Sevilla, Malaga, ?beda, and festivals as Piorno Rock, or Mingatron.

Music style: They define their style (in a comical way) as intellectual-core, with touches of tango-power and several influences of symphonic-heavy and true-party-jazz-metal. They call all this "metal without complexes".