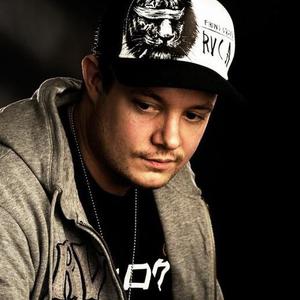 Aniki has been into music all his life and first got into production at the early age of 13. Having dabbled with all kinds of genres from gabber to breaks, even programming some hard rock, he eventually settled on hard house in 2000. He made his first hard house track using production software Mad Tracker and had 5 releases on UK based label Shock Records. In 2004 he hooked up Kelevra (known back then as Digital Kid) and together they collaborated on Riggsy's Xtension label.

Naturally Aniki's tastes matured and he began to experiment with techno having numerous releases on minor labels before being introduced to the fidget scene after listening to Kelevras KrunKd Up mixtape. He instantly fell in love with it due to the lack of boundaries meaning he had creative freedom to do what he wanted........the resulting track was Heavy Sound. This garnered support from the scenes biggest players incl. Lee Mortimer, Kelevra and Mixin' Marc and was signed to Movement Music.

Aniki's production skills come from years of experience and his acute ear for detail. Moulding gut wrenching bass lines with big-room builds and catchy, stabby, unique vocals his tracks are always full of tension and energy.

One of the fastest rising stars in the scene, Aniki has already had numerous releases signed to labels and has a forthcoming EP on Lee Mortimers Wearhouse label so keep an eye open and an ear pinned for some more work from the Norwegian fidget monster!