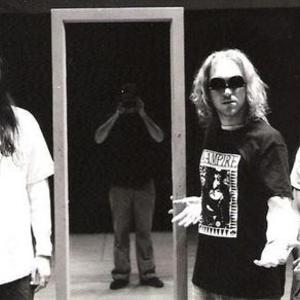 After recording and shopping their first demo they were offered a 4-album deal by Big Deal Records in 1993. That year they recorded their Self-Titled album with help from producer Jonathan Burnside (Melvins, Nirvana, Steelpole Bathtub) at Razor's Edge Studio (the birthplace of Sleep's Holy Mountain) in San Francisco, CA. The album was well received by critics and garnered much praise from magazines such as Magnet, Alternative Press and BAM.

Snail's second release was a 5-song EP called "All Channels Are Open." The EP was recorded on a lowly 4-track in the hopes of capturing Snail's dynamic low-fi sound.

Subsequent to the release of the EP, Snail sadly succombed to the "sex, drugs, and Rock n Roll" lifestyle and eroded to the point of breaking up. The worst part was that they had a complete second album recorded on 4track and was ready to bring it into the studio.

Fast forward to 2008 - Snail has been resurrected (the original lineup), has added a 4th member (guitarist Eric Clausen) and is in the studio recording the lost 2nd album.

eunited in January, 2008, the original lineup of Snail immediately set out to unearth their pool of scattered demos. Their objective: to finally record the lost second album. Snail wanted to create an album which, while staying true to their original stoner-rock/doom sound, would also showcase the unique pairing of Pink Floyd/My Bloody Valentine-esque vocals and melody with punishing sludge metal influences. The result is a hypnotic mix of roaring classic metal, doom, sludge, stoner and psychedelic dubbed "psychedoomic" by lead guitarist Eric Clausen.

The new album, Blood, was recorded in late May-early June 2008 in Matt Lynch's Mysterious Mammal Studio in Los Angeles, California. Overdubs were recorded at Mark Johnson's house near Seattle, Washington through October 2008. 'We wanted to get back to the philosophy of turning the amps up to 10 to get that suffering power tube sound. We tortured one amp so bad it blew 3 tubes and had to have its output transformer replaced..." said Mark Johnson.

Holding true to their psychedelic heritage Snail incorporated acid-drenched oscillating delay loops and back-masking as an added bonus to trippers listening on headphones. Matt Lynch admits, "There are all kinds of little messages and treats to be discovered while listening in a heightened state of consciousness. There are demons buried deep in those mixes - but when unearthed, the album takes on new meaning. Once you've gone over the line, you can never go back."


2)The band from Santa Cruz, CA

Snail was originally formed in 1967 by Bob O'Neill, Ron Fillmore, and Dave Kibler. Ken Kraft joined in 1968, and among others to later join the band was Larry Hosford, who is now currently a honky tonk man over at Britannia Arms in Aptos. Legal issues in the 1980s limited Snail's output, though they did reuinite several times for well received concerts, but in the Spring of 2009 the band has reunited. Bob O'Neill and Ron Fillmore, along with Guy (Guido) Valverde have started playing the circuit again. If you get the chance check them out. They still ROCK!!!!!