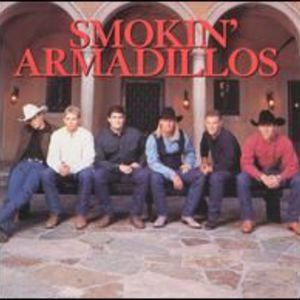 The band was formed in 1992 as a sextet, with four members having been high school friends. They didn't play clubs or cut demos. Instead, they put on concerts, played county fairs, and drew crowds of over 5,000 screaming fans. They recorded singles and sent them to radio stations, and developed a larger regional fan base. They recorded a five-song independent CD Out of the Burrow that sold over 100,000 copies at their events and through the mail from their Bakersfield office. Their initial three singles received enough airtime to take them to the top of the independent charts.

In 1994, they were signed and released their debut album for MCG/Curb, Smokin' Armadillos. Included on that album was their highest charting single, "Let Your Heart Lead Your Mind", which peaked at #53 on the Billboard Hot Country Singles & Tracks chart in 1996. Their earlier independent CD was also reissued. A 1998 album, Plan B, was never released, but in 2003, they released another album, Strike The Match.

Out Of The Burrow