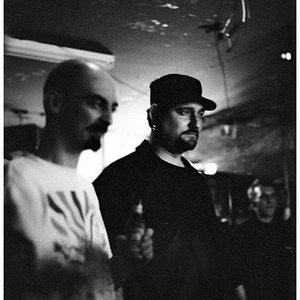 Slogun is the power electronics project of John Balistreri, and is named after the song by SPK which he describes on his official website as "one of the best tracks of the "industrial" genre." The main theme of his music is Serial Killers, and their celebrity status in the United States. Other themes include street crime, gangs, and the aggressive surroundings of his upbringing in Bensonhurst, Brooklyn.

Before performing as Slogun he was a member of Intrinsic Action, and side projects include Self and Incinerator International.

You can read more about Slogun on Wikipedia.

Always Is - Always Was

I Will Bury You (Vinyl)