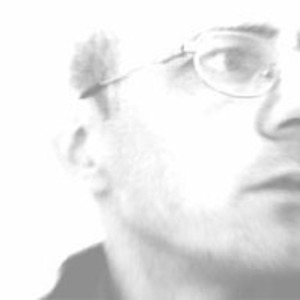 Sleep Research Facility (sometimes abbreviated to SR_F or SRF) is a dark ambient artist from Glasgow, Scotland, specialising in sleep-conducive beatless ambient music which is both artistic as well as functional. Sleep Research Facility consists of the single band member Kevin Doherty. His music usually contains no rhythmic elements (one exception is "2.5" on Dead Weather Machine), but instead relies on spacious, extended, richly-textured sounds.

Sleep Research Facility consists of the single band member Kevin Doherty. His music usually contains no rhythmic elements (one exception is "2.5" on Dead Weather Machine), but instead relies on spacious, extended, richly-textured sounds. Occasionally, true 'musical' elements appear in his work, such as sustained chords (in "c-deck" on Nostromo for example), but the majority of his compositions consist of evolving layers of manipulated noise and mechanical drones. He deliberately attempts to avoid any sonic elements which would be likely to disturb a sleepy or sleeping listener, such as sudden loud noises.
In addition to being suitable for sleeping, the music of Sleep Research Facility is also intended to create an aural environment which allows listeners to let their thoughts drift, being gently guided (instead of forced) by the music. The following advice is provided for listeners: "recommended playback level: just above quiet". A more detailed overview of Sleep Research Facility can be found on the info page of the official website.
The works of Sleep Research Facility are inspired by noisy industrial environments (such as factories and motorways), certain sci-fi movies (eg. Alien) and various natural environments such as empty frozen tundra and deserts.
Sleep Research Facility has demonstrated its innovative talents by creating two complete albums (Dead Weather Machine and Dead Weather Machine_Re:Heat) purely through the manipulation of a three minute recording of a malfunctioning Dimplex electric fan heater.
So far, all albums by Sleep Research Facility have been produced or engineered at Somnambu-Lab (also spelt Somnambulab) in Glasgow. SleepResearch_Facility is a commonly seen variation on the artist name.