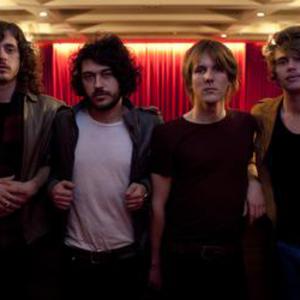 After an expedition from hometown Adelaide to rock and roll mecca, Melbourne, in 2007, indie-rock-lectro four-piece Skye Harbour have been making ripples in the musical ocean. But it's time to start a wave. With the release of their 2008 EP Houses, the band managed to secure themselves a coveted MTV Kickstart Award. They followed the EP's success in 2009 with the epic single Further Away, a live favourite.

Skye Harbour, having shared the stage with the likes of Art vs. Science, Snob Scrilla, Yves Klein Blue, Foxx on Fire, Red Ink and Wilfred Jackal, are in their absolute element when performing. Skye Harbour's shows are becoming renowned for their ecstatic energy and tight musical precision.

2010 will see Skye Harbour release Hunch, a potent, affecting single that will also feature on the band's debut album, to be unveiled later this year.