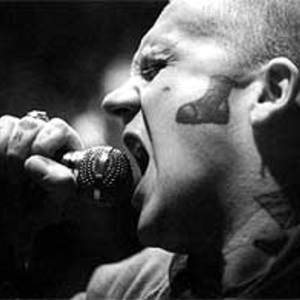 In an interview with the music zine WelshLeak, from inside prison in 1987, Skullhead's founder kevin turner says that he started the band as an reaction to the murder of a close friend, peter mathewson in 1984. The band was originally called Skullhead U.K. but soon dropped the "U.K." Having started out in Consett, UK, as an Oi! band singing patriotic lyrics, the band joined in 1985 the "White Noise Club" of the national front and quickly became a prominent "Rock-Against-Communism" (rac) band, adopting elements from heavy metal and other types of rock music.

The members often referred to themselves as a third position band.

After becoming inactive in the white power scene, kevin turner became a tattoo artist and techno music mc under the moniker MC Techno t. He has performed at some of the biggest rave clubs in England, including After Dark in South Shields, and has been featured on several live hard techno CDs. In September 2001, the newspaper Sunderland Echo exposed MC Techno T as a former member of Skullhead. Turner and a new lineup of Skullhead released the album Return to Thunder in 2002.

A Cry Of Pain