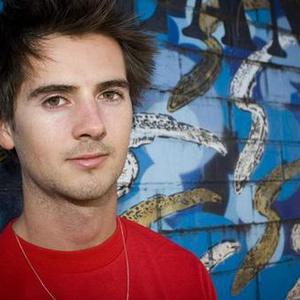 22-year-old MC Skryptcha is the latest member of the Obese Records stable writing his way to the upper echelon of Australian hip hop. Taking his first lyrical strides in 2003, Skryptcha is blessed by the gifts of a musical family; a grandfather who spent the 60's distilling in Sydney's jazz movement and a concert pianist grandmother who became Australia's first entrant into New York's prestigious Julliard school of music, his instrumentally-charged upbringing laid the foundations for a distinct vocal talent that would ultimately evolve into his debut EP, Left to Write.

Having tested his ability on several guest appearances (including spending studio time with the legendary Def Wish Cast) and on stage with Scott Burns, 2buck and new labelmates Dialectrix, Thundamentals and Pegz, Left to Write is the young MC's initial solo foray into the recorded realm, an occasion sparked by the introduction to maestro/producer Chasm by label boss Pegz. The connection was immediate and the melding of musical minds sparked the creative gears as the duo spent the latter part of 2008 on the EP's initial cuts before bringing in high-caliber guest appearances by Lotek and Juanita Tippins to round off the impressive globe-embracing debut. Skryptcha's youthful energy on record and on stage provides the urgency for his borderless musical tastes. Initiated into the game by the likes of Lone Catalysts, Zion I, Atmosphere, and Mos Def, his hip hop is both intelligent and soulful, an artist unconcerned about a past paved by golden eras and greatest hits, but rather a future he's yet to pen, the words for a brighter tomorrow.