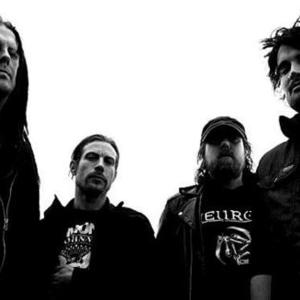 Skitsystem (Shit System or Shit Society, literally meaning Shitsystem) is a Swedish crust punk band that formed early 1994. It comprises four members who share a background playing in different metal bands, but also share a same interest in raw punk, d-beat, and k?ng. Sometime in 1994 these four souls came to the conclusion that they should see each other for a jam and have a couple of beers to see what they could bring to life? They created SYSTEM COLLAPSE, later known as SKITSYSTEM. Members of this band are also in Martyrd&ouml;d.