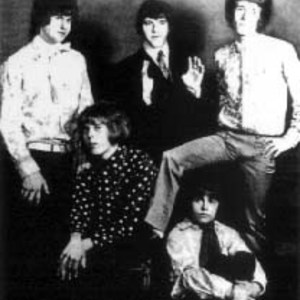 Skip Bifferty are something of a lesson in musical survival, and doubly so, since most of its members had viable and even highly successful careers in music stretching more than a decade after the group's break-up. The group was an offshoot of the latter-day Chosen Few, a Newcastle band that had been working together since 1962. They'd lost their bassist and lead guitarist in 1965, and organist Mick Gallagher kept the group going, recruiting John Turnbull on guitar and Colin Gibson on bass.

With the departure of Chosen Few lead singer Rod Hood, Graham Bell joined as lead vocalist, but the time had come to close down the Chosen Few. Gallagher, Turnbull, Gibson, Bell, and drummer Tommy Jackman reorganized the band as Skip Bifferty.

Skip Bifferty was a psychedelic pop band that immediately found a enthusiastic audience at the Marquee Club, got Don Arden as manager (which led to a contract with RCA-UK), and were regular guests on John Peel's Top Gear. A series of singles followed, among them the hard-rocking "On Love" (their debut), but they redefined themselves more in the direction of flower-power with their next few records, starting with "Happy Land." Although none of their singles charted, RCA allowed them to cut a full LP, which contained some notable psychedelic and experimental tracks. Their final single, "Man In Black," was taken off the album and was produced by Ronnie Lane and arranged by Steve Marriott.

A dispute with Arden caused the band to walk out en masse, and they next appeared together under the pseudonym Heavy Jelly, cutting an eight-minute single ("I Keep Singing That Same Old Song") that charted in a few European countries and ended up on the multi-artist sampler LP Nice Enough To Eat--they abandoned the name, however, when they learned of a Jackie Lomax-fronted outfit organized by John Moorhead that was already using it. Bell, Gallagher, and Turnbull worked together in Bell & Arc, and Gibson passed through Snafu, while Gallagher was a member of Frampton's Camel and subsequently played with Turnbull in Loving Awareness, which evolved into Ian Dury and the Blockheads in the late 1970's. Skip Bifferty's album was reissued on compact disc in the mid-1990's.

The Story Of Skip Bifferty CD2

The Story Of Skip Bifferty CD1