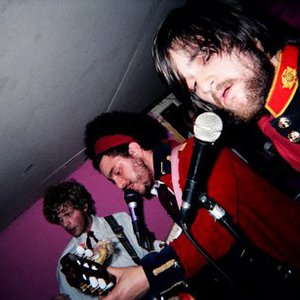 It is rare in the local music scene to find an individual with as much talent and drive as Skeem. A founding member of the group Day One, Skeem began his career in junior high school almost 15 years ago. During the late 80's hip hop was still finding its voice in places like New York City mixing its electronic drum patterns with a punk rock sensibility. Corporate America considered the culture ?Disco's aborted twin? and dismissed as a fad. The crack epidemic was at an all-time high and ?Reganomics? forced low income families to leave children home as the parents worked.

It was in this volatile time of our history that a young rapper by the name of Tyran ?Skeem? Haucey was finding his voice. His ability to tell stories through rhyme attracted people in the lunch rooms of his school and created a reputation that spanned the entire city. Other notable rappers in the city took notice and soon Skeem was guest appearing on dozens of albums. These opportunities allowed him to learn how the business of this still ?under construction? genre worked. He formed his own group Day One and set out to make an album. Little did he know it would take another decade before that would become a reality. After frequent run ins with the legal justice system and a few bad career choices. Skeem found himself stuck between a jail cell and an unsupportive record label. He had to make a choice now whether he should abandon his dream and give into the criminal part of him that wanted the fast money, fast women lifestyle or try an reinvent his music career. He reached out to Astray, a local rapper that was creating a huge buzz around the city to help him get his career rolling. Astray was a good friend of Skeem's and considered him a mentor from the early days and quickly offered his support. During Astray's performances Skeem would serve as the ?hype? man warming up the crowd and giving explosive energy to the show. Again a buzz started to form around this charismatic rapper who had a reputation for loosing his clothes on stage. It was now time for him to record an album. ?It was all a Skeem? was recorded throughout August of 2003 at Smoothside Studios using any spare block of time the studio had. Mixing Skeem's aggressive nature with producers from around the country, the debut is being heralded as the biggest local release this year by radio and music artist. His love for Saginaw bleeds from every song and the city is returning the love with their support. It seems that after all the tough choices and hard work Skeem has emerged a better artist and a better man. Skeem is currently doing publicity for his debut Ep ?It was all a Skeem? and can be reached at 989.233.0635 or by email at nic@selfmaderecordings.com