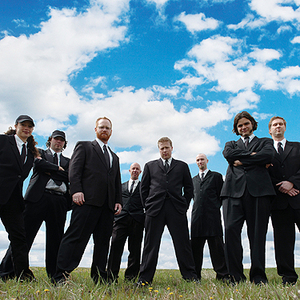 During their 19 years together, many bands have come and gone, but with the recent release of their new live album - One More Night With You - Skavenjah remains one of the constants in the world of SKA music. Skavenjah has worked very hard to become one of North America's premiere SKA and Reggae bands, and the strong songwriting on their new album, together with their incredible live show is proof of that.

From their home base on the prairies (Regina, Saskatchewan, Canada) the band tours relentlessly, continually expanding on it's already dedicated worldwide following as they consistently sell out shows with their trademark mix of SKA, Reggae and Soul music.