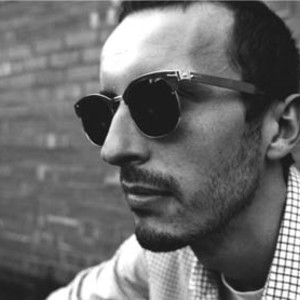 Sir Real (Neil Spragg) has been involved in the music scene in Birmingham, UK for more than 20 years as a drummer, producer and label-owner, and for the last fifteen years, following an eye-opening visit to Holland, he has been an integral part of the Midlands club scene and is one of the three original resident DJs (alongside Surgeon & Paul 'Damage' Bailey) from notorious Birmingham club House of God, one of the longest running techno clubs in the UK (it recently celebrated its 15th birthday!).

Sir Real has DJ'd and played live extensively around the UK, as well as in clubs across Europe, and in Japan. He is also a prolific producer, and released several well-received EPs on the now-defunct Round Records (which he helped set up in 1997). He has his own label Snafu Recordings, and helps run Covert Records with DJ Bigfoot.

Most recently energy has been directed towards [k]racktroni[k], which focuses on broken elektro funk. He has also recorded tracks for Satamile, Ant-Zen/Hymen, Psy-Harmonics, Domino, Embryo Records, Magic Trax, and Melt Recordings and has had several tracks licensed to high profile compilations (including Dave Clarke's hugely successful World Service electro-techno mashup and Bentley Rhythm Ace's FSUK mix).
On top of all this he also manages to hold down a full-time job as head of sales at Veto Music Wholesale, a distribution company based in the Midlands, and still finds time to fit in the odd sound-design contract for various gaming companies in the UK...