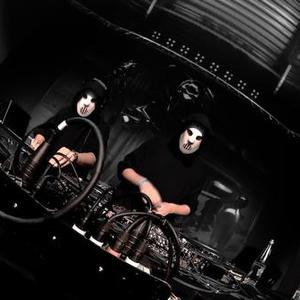 Danny Masseling, (born June 20, 1981 in Almere, Netherlands), best known as Angerfist, is a hardcore techno / gabber musician and DJ. He is the most popular and widely recognized performer in the genre, being nicknamed as the King of Hardcore. Masseling was aged 16 when his first experience with music production occurred in 1997. He had been working on his productions constantly. After sending a demo out to BZRK Records, Mark Vos (aka Buzz Fuzz) contacted him to do business. After a while of mastering and editing, BZRK033 was born.

Masseling was aged 16 when his first experience with music production occurred in 1997. He had been working on his productions constantly. After sending a demo out to BZRK Records, Mark Vos (aka Buzz Fuzz) contacted him to do business. After a while of mastering and editing, BZRK033 was born. Under the alias Menace II Society, the "Son of a Bitch" EP entered the market. Almost at the same time, the first Angerfist EP was released on Overload Records. However, even though the track Chronic Disorder, made Menace II Society a well known name, Angerfist would grow out to be one of the biggest names in the scene. Tracks such as Criminally Insane and Fuck Off were immediately recognized as relatively big hits. It is from that where Masseling first stepped foot in the scene. After releasing an EP under the third alias Kid Morbid, he chose Angerfist to be his main project.

Still excited about this sudden rush of records and the enthusiastic hardcore fans, Angerfist continued producing and releasing tracks. In 2003, the Sons of Satan EP was released on Masters of Hardcore Records. The idea for an Angerfist act, to bring the vibe to the parties would soon appear. Bringing the hard, gabber beats, wearing hockey-masks and hooded sweatshirts, was an instant success. A year of parties and performances went by, as Masseling worked on a record that would turn out to become his biggest hit; in 2004, the Raise Your Fist EP was released.

In 2006, Angerfist was one of the leading acts of the scene, with a massive number of fans. Angerfist had become popular not only in the Netherlands, but also had a good amount of success worldwide. They performed at parties and shows in countries such as Switzerland, Scotland, the United States, Russia, Australia, Germany, Finland, Spain, Italy and more.

In 2006, after 5 years, the Pissin Razorbladez double CD + DVD album was released. The album featured some of the original tracks from the beginning of the century, as well as newly produced ones. The first time it was available for the people, was at the sold out release party at the Hemkade in Zaandam. In 2007, more releases followed and Angerfist was chosen as the performance to close the world's leading hard dance event - Sensation Black. Two years after the first album, in March 2008, their first solo concert was planned; Angerfist: The Mutilate Concert, named after the new album which was also released that same month. Both the concert and the new double album were tremendously successful.

For most of this time, Angerfist was still a bit of a mysterious figure. Pictures of the group's face were rarely seen, and only a tiny snippet of interviews existed. All of this changed when the official YouTube and Facebook pages were introduced mid 2009. Angerfist now provides previews of upcoming tracks, and sometimes actively interacts with his fans across the globe.

In A Million Years (EP)