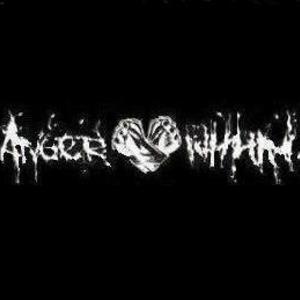 ANGER WITHIN, originally formed in Morgantown, West Virginia, (now based in GA,) fuses punk, thrash hardcore, and militant, death-like vocals to create an innovative, experimental form of heavy music, guaranteed to excite open-minded audiences everywhere. Ignited both by a passion for heavy rhythm, sound, and an anger at injustice, ANGER WITHIN introduced itself onto the scene in the '90's, and was founded by members Wulf Morris (Vocals/Guitar,) Austin Comstock (Guitar,) and John Creed, (Bass.

Establishing various rhythm sections throughout the next couple of years, the band headed to Frozen Sound Studios and recorded three demo tapes, produced by Kim Monday, that prophesied dynamic, electrifying innovations to come.

ANGER WITHIN broke into the "underground" tape trading scene with these demos. Each new tape emphasized a heavier sound and aggressively focused on themes few death metal bands dare to touch - world oppression, gang violence, environmental distress, loss of friendship - along with brutally outspoken lyrics challenging man's inhumanity to man. Over the years, many people have described their sound as thought provoking, heavy, straight to the point...and ultimately, original metal/hardcore music, with political and socially concerned lyrics.

The live experience of ANGER WITHIN, has been compared to the energy of a SEPULTURA, NAPALM DEATH, or AGNOSTIC FRONT show. The band has played at just about every venue that can be played in their tri-state area. The cities include, Pittsburgh PA, Uniontown PA, Charlottesville VA, Washington D.C., Martins Ferry OH, Fairmont WV, Grafton WV, Bridgeport WV, Clarksburg WV, Parkersburg WV, Huntington WV, Wheeling WV, and of course their hometown of Morgantown WV. The band has also performed with national touring acts such as, Excruciating Pain, (JL America/Relativity Records,) Karma To Burn, (Roadrunner/MIA/Spitfire Records,) Two Man Advantage, (GoKart Records,) and Byzantine, (Prosthetic Records.)

With the three cassette demos and two full length CDs, (both produced by Josh Swiger and recorded at Blues Alley Studios,) under their belts...the band has received mail, and support from all over the world such as, Russia, England, Japan, France, Mexico, and of course the United States. The band has played or been featured on WCLG, U92, and has even been on the airwaves in France.

2007 brings a new era, a new chapter for the band. With new drummer Bob Vine & bassist Rich Montelongo...the band plans to reinvent itself, into a better, heavier, uncompromising, steamrolling unit! Wulf states: "Anger Within has been overlooked & underrated for way too long. I'm sick of seeing all these bands, who claim to be "metal," or "hardcore"...but yet, they have no heaviness, no heart & soul to their music. You can't just go to the mall, buy your clothes, get some tattoos, get an amp & guitar...and BOOM, you're instantly "hardcore," you're instantly "metal! I take metal & hardcore, very seriously...it's more than just a hobby to me...it's a lifestyle! We're here, to hella steamroll over these mutha fucking posers, and take no prisoners! Death to false/radio "metal" & "hardcore!" ANGER WITHIN - THRASH 'TIL DEATH!