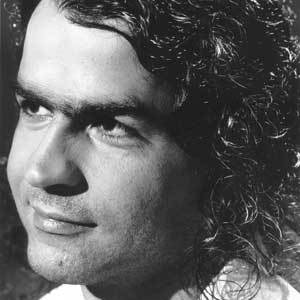 Vodjani was born in Persia in 1954 and nowadays works from his OM Studio in Hamburg, Germany. He has travelled many countries and is fascinated by Oriental music and culture. His first major album Karmapa was released in 1996 under the name Sijano Vodjani and was co-produced by Oliver Shanti and published by Sattva Records. It is a beautiful recording that features samples of prayers spoken by the 16th Karmapa who had died in 1981.

If you enjoyed any of Shanti's albums, especially his Tai Chi series, you should enjoy Vodjani's debut. In 1998 the album Sacred Buddha was released under the name Sina Vodjani, and this time distributed and published by Music Alliance AG in Germany. The album does signify a slight change in style from his first album (most likely due to Shanti not being present as producer). For his second album, Vodjani specially travelled to Tibet to meet the young 17th Karmapa and record his voice live. It is an album that combines very ambient arrangements, with the occasional trance-like basslines, subdued techno beats and Mongolian-style chants. Om Mani Padme Hung is a gentle, dreamy song with breathtakingly beautiful female singing, accompanied by high piano notes; eventually bringing in a much deeper bass rhythm and harsh, spoken words serving a great contrast. Milarepa features a deep, guttural Buddhist chant-speech accompanied by New-Agey synths and distant, electric guitar. Wisdom of Love features a lonesome pipe playing, with heavy drums and a throbbing bassline with speech. The most enjoyable track is the opening Straight to the Heart which features the Karmapa's spoken vocals atop faint electronica, flamenco-style guitar playing and then eventually a very syncopated piano rhythm. This album is a voyage into these villages and lands of the East.