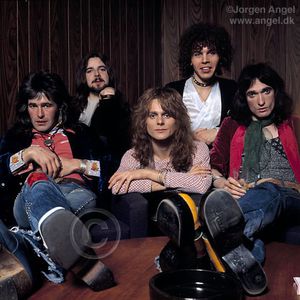 Silverhead was a British band, led by singer/actor Michael Des Barres. They recorded two studio albums Silverhead (1972) and 16 And Savaged (1973), and were a part of the glam rock music scene of the 1970s. In the UK they played support to bands like Nazareth at Finsbury Park, Osibisa at the Brixton Sundown and were the lead band in the Dagenham Roundhouse. One of the "nearly but never made it bands" of the seventies. Work on a third studio album (working title Brutiful) started in 1974, but the group disbanded before it was finished.