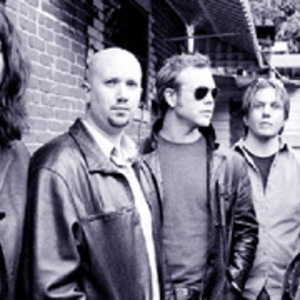 Aggressive and edgy yet melodic and tuneful, Silvercrush is an alternative pop/rock, post-grunge band along the lines of Creed, Live, and Third Eye Blind. Silvercrush, which shouldn't be confused with Silverchair, was founded in Salt Lake City, UT, in 1997 by lead singer/rhythm guitarist Steele Croswhite. The musicians that he went on to hire were lead guitarist Carl Broemel, bassist Dave Christensen, pianist/organist Mike Flynn, and drummer Jim Stauffer.

Silvercrush (which was originally called Choice of Reign) was not the first band that Flynn and Broemel had been in together; before Silvercrush, they knew each another from the Bloomington, IN, outfit Old Pike. (Broemel had also been a member of the bands Neena Foundry and Pony Boy).

In the early 2000s, the members of Silvercrush were getting ready to perform at a showcase for the Emerging Artists & Talents in Music Conference -- EAT'M, for short -- when they learned that Bill Croswhite had suddenly died of an aortic aneurysm. Despite their sadness, the alternative rockers somehow found the strength to go ahead and perform at the EAT'M showcase; they felt that the best way to honor Bill Croswhite's memory was to keep the band going. It was in 2001 that Silvercrush landed a deal with Redline Entertainment, a small independent label based in Eden Prairie, MN. Redline united Silvercrush with producer/guitarist Mike Wanchic, who had played on many of John Cougar Mellencamp's albums and also worked with the Why Store, Cowboy Mouth, Deborah Bartley, James McMurty, and Sue Medley, among others. Produced by Wanchic, Silvercrush's debut album, Stand, was released in June 2002.