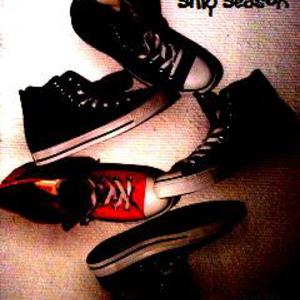 It all started back in 2003 when Peter and Trausti decided to put their old band back together. The guys played in a band called Seizure back in school but had split up some time after graduation. A few years had gone by and it seemed they were the only ones from the former lineup who actually wanted to do this. So the hunt went on for additional "Silly" ones. ?? Mags was the first one to sign up and took seat behind the drums. They stumbled over an abandoned garage and the Silly Season era had begun!

Mags was the first one to sign up and took seat behind the drums. They stumbled over an abandoned garage and the Silly Season era had begun!

Next to join the army was Per, they desperately needed a bass player since two guitars (Trausti played in those days) and drums weren't enough. Per had recently moved to J?rna and got introduced to the guys by an old friend. Per rocked there socks off and was a full grown family member two cups of coffee later. Last but not least... Toobe!

The man with thousand names. Threatened to take Mags drums away (actually Toobes drums) if he didn't get to play guitar in the band. Trausti saw his way out, so Toobe came, he bended some strings and been making great coffee ever since. Mags has since then bought new drums but Toobe is still around so..

The first recording ?Here's the beef, Phil!?(promo) was recorded in 2004. It contains the demo versions of ?R.J.?, ?2:nd song?, ?mr. Burns? and ?Move?. The title came along after Traustis dad, a man with no patience, kept yelling over the phone ?where's the beef?? during the weeks of recording.

The story behind their second recording and first release ?48 fingers? is both dark and victorious. In 2005 Per had a terrible accident at work and ended up losing two of his fingers. But for you people that have not met Per should understand that this is a guy that never quits. A year later he had built a studio in his flat and the recordings were on there way. The album was released in July 2007 and contains 12 tracks. ??
But life has its ways. Per had to leave the band in sep 2008 to study and the the boys were now left with only 40 fingers.

Lucky for theme Trausti has a lifelong friend that has a kid brother by the name of John Marcus. It turned out he was willing to try out the bass. JM is originally a guitar player but he jumped at the chance. So just a few weeks later the young Marcus joined the Silly crew and the making of ?California DNA? was on its way. ?C-DNA? was recorded in their rehearsal studio in the winter and released in July of 2009. It was their second release and contains 4 tracks.

The year after the band was starting to write new songs and it was time to plan the next album. The time was all so right to take it to the next level and record in a actual studio. So they took there band savings and spent three weekends in Nyk?ping at ?Deep Blue Studios?. And the result was amazing. ?Beer Visions? was released, you guessed it, in July 2011 and contains 6 tracks.