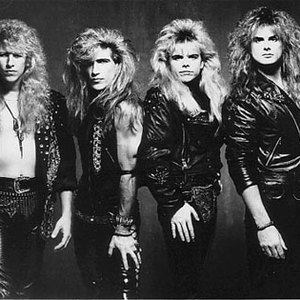 SILENT RAGE NEWS 2009 RETROSPECT RECORDS re-issued the bands first CD release SHATTERED HEARTS re-mastered with a new bonus track called ?Sole Survivor?. It was produced by Paul Sabu, the bands long time producer friend and producer on the original release in 1987. This newly mastered version which includes a bonus track was released in February 2009 for all Silent Rage fans, melodic hard rockers, and an all new Generation of rock fans alike. In May-June of 2009 Silent Rage toured in Europe for the BRC Fest in Bolognia, Italy, and other club dates in Milan, Italy, & Uster, Switzerland.

This newly mastered version which includes a bonus track was released in February 2009 for all Silent Rage fans, melodic hard rockers, and an all new Generation of rock fans alike. In May-June of 2009 Silent Rage toured in Europe for the BRC Fest in Bolognia, Italy, and other club dates in Milan, Italy, & Uster, Switzerland.

Silent Rage then went on in July to perform at ROCKLAHOMA 2009 in Pryor, Oklahoma. The band is planning to re-master and re-issue their second CD ?DON'T TOUCH ME THERE? and include newly recorded bonus material also, scheduled for a 2010 release. Silent Rage will continue to perform out live in 2010, and is negotiating offers for Festivals and live dates in the states as well as abroad! SILENT RAGE NEWS - 2008 FRONTIERS RECORDS was excrited to announce the release of the new Silent Rage studio album, their 4th, entitled "FOUR LETTER WORD". The new material continues as a natural progression from their "Don't Touch Me There" CD, blending hard driving rock with big memorable choruses. It's produced by GILBY CLARKE and, once again, features members Jesse Damon, EJ Curse, Mark Hawkins and Rodney Pino, plus some very special guest performances by Bruce Kulick (KISS), Bobby Blotzer (Ratt), Gilby Clarke (Guns N Roses, Rockstar Supernova), Dilana (Rockstar Supernova), Brian James Fox (Silent Rage) and more. Get ready for a raw, rock explosion for melodic hard rock fans, new and old! "Four Letter Word" will be released on Frontiers Records in 2008!

Silent Rage continue to be ? Rebel's With A Cause? with their performances on stage and in the studio. "Four Letter Word" Spells New Silent Rage CD! SILENT RAGE BIO 1985-2009: SILENT RAGE formed in 1985 with the three founding members, EJ Curse, Jesse Damon, Mark Hawkins. The band is known for their captivating multi- vocalists, their style of blending melody with hard-driving rock, and their signature song writing! In 1987 they teamed up with Producer/Artist PAUL SABU for their first CD, ?SHATTERED HEARTS? (Chameleon). It was a busy time for Silent Rage, appearing on three different albums simultaneously that year.

The other releases were ?Million Dollar Mystery? Motion Picture Soundtrack (Macola) with the song "Rich Young & Pretty" and ?Ten Best From The West? (Rampage/Rhino) Compilation CD with the song ?Make It Or Break It.? "Shattered Hearts" went to 1 on the European Import Charts. In August of 1988, GENE SIMMONS signed them to Simmons Records/RCA and drummer Brian James Fox (White Tiger) joined the Band. For SR's 2nd release, Paul Sabu and Gene Simmons were chosen to lend their production skills with Silent Rage as co-producers and Simmons as executive producer. In 1989 they released ?DON'T TOUCH ME THERE? (Simmons/RCA). That too, reached 1 on European Import Charts. The song ?REBEL WITH A CAUSE? was released as a single and video, and debuted on MTV's Headbanger's Ball! Next the Band toured with BLACK SABBATH for the "Headless Cross" tour. In the 1990's, Silent Rage continued touring and songwriting. They also wrote & performed with other projects, but eventually went on hiatus.

In 2001 Silent Rage reformed with it's founding members, plus Rodney Pino on drums, to sign another world wide record deal with a label out of England. They reissued their first two CD's and released "Still Alive", SR's 3rd studio album, in 2002. "Still Alive" was produced by BOB EZRIN (Kiss, Pink Floyd, Alice Cooper) and Co-Produced and engineered by KEVIN BEAMISH (R.E.O. Speedwagon, Y&T). Some songs were produced by Silent Rage themselves. Now in 2008, FRONTIERS RECORDS is excited to announce the release of the new Silent Rage studio album, their 4th, entitled "FOUR LETTER WORD".

Members Curse, Hawkins & Damon also have perfomance credits on KISS's "Box Set" and Gene Simmons' "Asshole" for their efforts on "Domino", "You're My Reason For Livin'", & "Everybody Knows". After RCA disbanded Simmons Records, SILENT RAGE went on hiatus for some time, although never stopping the music. E.J. and MARK played as well as continue to play in a 3 piece cover band called BAND-X. JESSE DAMON pursued his solo work as well as continuing to write with KISS including tracks on their "Psycho Circus" album. JESSE has recorded 3 solo albums, "The Hand That Rocks", "Nothin' Else Matters" & "Rebel Within".

EJ Curse played bass for Doro Pesch's 1st solo effort after leaving "Warlock" & sometimes performs live with Gilby Clarke (Guns & roses, Supernova)... With the bands motto ...?It's always been about being on stage and at arms distance with our fans?. They are obvious fans of good ol' rock and roll. As SR continues to perform at venues of late such as CLUB VODKA in Hollywood (www.ClubVodka.com), The GALAXY THEATRE with Dokken, The KEYCLUB with JACKYL and again with L.A. GUNS, and all around the rest of the world including the Z-ROCK Festivals in England and Germany, yes, we are Still Alive!

Don't Touch Me There