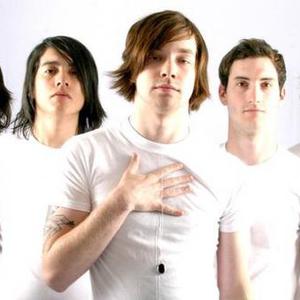 SIGNALtheESCAPE has the sound and the hooks that leave you singing their songs for days and days. This band from southern Connecticut has been through a lot in their short existence. Formerly known as Forgive & Forget, SIGNALtheESCAPE came together in May 2005 with new players and a new sound. Their live show is full of energy from screaming breakdowns to danceable choruses. Show-after-show SIGNALtheESCAPE are cultivating an ever growing fan base.

Their songs deal with love, family pressure, loss, and cheating girlfriends; lyrical themes with identity and passion that resonate with the heartbreak and angst the band share with their listeners.

Fall 2006 sees SIGNALtheESCAPE recording their debut full-length album for Double Blind Music with Matt Squire (Panic! At the Disco, The Receiving End of Sirens) and Bryan Russell (Straylight Run, Envy On The Coast). Look for an a early 2007 release. And in the meantime, catch SIGNALtheESCAPE on tour coming to a city near you.

All That You Deserve