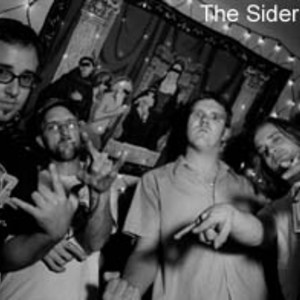 Press:.. .."Country music as it was meant to be played...".... - Jim Derogatis.. .... ...dynamite harmonies and honest storytelling. At the heart of the band's formidable talent is the ability to write no-frills house-rockers. .... Jay Breitling - Splendid.. .... ...there's a snappy, fierce, Jason & the Scorchers-like energy in their songs that really comes out live, with shards of punk flying off their hard-drinking honky-tonk. ....- Monica Kendrick - Chicago Reader.. .... ...superb debut, "Ain't Inventin' the Wheel," .

. received critical kudos and led to the band's status as a popular live attraction ....- Tim Shellberg - NWI Times.. .... Chicago's Siderunners fondly remember the early days of Bloodshot Records and the so-called "insurgent country" movement. The difference between Ain't Inventin' the Wheel and its forebears is that the Siderunners eschew any veneer of irony... ....Michael Toland - High Bias.. .... This album isnt your glitzy and glamorous Tim McGraw or Faith Hill country, this is your grandpas country where the boys drink whiskey from dirty glasses and chase it down with an ice-cold beer in a smoky bar. .... Randle Stevens - Innocent Words..