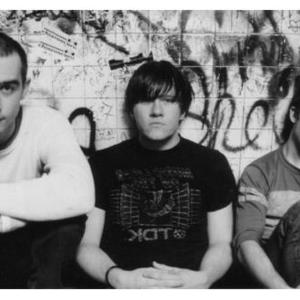 Side Walk Slam was a christian pop punk band started summer of 1998 in southern Illinois (though some members were originally from Kentucky). Started by Marcuss Hall, David Curtis and Matt Jackson, they played shows in churches, basements, living rooms, coffee houses and eventually full concerts around southern Illinois. After signing to Tooth and Nail Records they exploded and toured with other bands similar to them.

After about a year or so Marcuss left side walk slam for personal reason. David replaced him on vocals and they recorded one more album with Neil Endicott stepping up in place of Davids old back ground. David Curtis also has participated in his own solo project which was slightly short lived.

Summer of 2006 showed a new side with a new name which is now Run Kid Run with all the same band members.