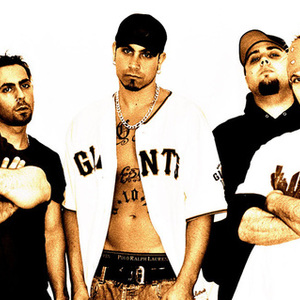 Sicks Deep is a band born from a small, but extremely gifted talent pool found within the town of Congers, NY. Therein lies a barebones practice space named ?Tucek's?. Gavin Pirell (Guitar), Mike Zamir (Guitar), Anthony Falsetti (Bass) and Nick Andrews (Drums) had all been in other Tucek-based bands prior to the inception of Sicks Deep. This is how Gavin learned of Mike and his friend, Kelly Abe (Vocals).

Approximately four years ago, Gavin, unhappy with his current band, decided to start something new and heard through the grapevine that Mike and Kelly had the same intentions. A meeting between the three was called and by its conclusion, Sicks Deep's core had been formed.

Anthony, originally a guitarist in his former band, was SD's next addition. Beginning on a borrowed bass, Anthony quickly adapted to his new position and found his true calling. The band's first drummer, however, was not Nick, but a girl by the name of Elisa Seda.

With a full line-up and a few songs written, Sicks Deep began playing shows in Rockland County and quickly spread out all over the tri-state area. Their first great accomplishment began with the news of a ?Battle of the Bands? in Brooklyn. The battle consisted of 35 other bands and spanned, approximately, 5 months. In the end, Sicks Deep was declared the winner by an A&R from Spitfire Records and took home the $7,000 prize.

Months later, Elisa parted ways with the band?but SD was not left without a drummer for long. Nick had just started renting space at the infamous Tucek's and had no other band commitments at the time. After hearing Nick's thunderous drum-skills night after night, the guys quickly extended the offer to join the band and Nick gladly accepted.

Sicks Deep's latest and greatest accomplishment materialized shortly thereafter. Mike heard of an open-call audition related to Ozzfest and MTV?the band was unclear about the details at the time, but would be there no matter what. Sicks Deep knew they needed some new music to bring with them and with the help of their engineer/producer, Jonny Rod, they banged-out a two song demo in, approximately, 48 hours. Sicks Deep rocked the first round of auditions and was asked back to perform a live set the next day, leading to a third audition the following week. After an agonizing month, or so, of waiting to hear something, an MTV camera-crew showed up at the band's new home and practice space (?Blackacre?) one morning with a video tape. The tape featured Ozzy and Sharon Osbourne who announced that Sicks Deep was one of eight bands chosen to participate in MTV's reality series, ?Battle for Ozzfest?.

The show has completed its run in America and is now being aired in almost every country that receives MTV programming, making Sicks Deep an internationally known unsigned band?an obvious rarity.

Battle for Ozzfest has given Sicks Deep more exposure than any unsigned band could dream of (and more than many popular, signed metal bands have received). Countless numbers of people have visited www.sicksdeep.com, have purchased copies of the bands latest EP, ?The Blackacre Sessions?, at www.cdbaby.com (currently a ?topseller?), signed up for their mailing list, sent fan mail and autograph requests and have joined their message board.

This exposure has also had a great impact on Sicks Deep's touring. They are in heavy demand all over the country (and various other countries), draw large crowds and sell out of merchandise wherever they play.

In addition, SD has been receiving airplay and conducting interviews on many syndicated FM, satellite, college/local and internet radio stations, has been picking up endorsements and sponsorships from great companies such as Mesa Boogie, Marshall, Dean Markley, Ahead Drumsticks, Jagermeister and Tribal Gear, to name a few, and is mentioned on over 2,000 websites.

Sicks Deep is ready and poised to capitalize on their newfound exposure and show the world that they have what it takes to make a substantial and lasting impact on the heavy music scene.

Something Wicked This Way Comes