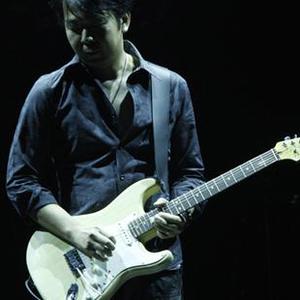 Sh?ji Meguro (????, Meguro Sh?ji) born June 4, 1971, is a game music composer based in Tokyo, best known for his work on the Shin Megami Tensei series of RPGs by Atlus. His first work for Atlus was on the collaborative soundtrack to 1996's Persona, where, among other things, he composed the theme of the Velvet Room. He would then move onto bigger roles by composing half of the soundtrack to Devil Summoner: Soul Hackers, and a nearly solo effort for the Dreamcast slasher Maken X.

However, he began his rise to prominence in the game music scene for his work on Atlus's PlayStation 2 Megami Tensei games, beginning with Shin Megami Tensei: Nocturne in 2003. He would quickly follow up with the guitar-laden Digital Devil Saga and its more electronic oriented sequel, along with Devil Summoner: Raidou Kuzunoha vs. The Soulless Army. He attained more wide acclaim for his pop-imbued soundtracks for Persona 3 and Persona 4. More recent Shin Megami Tensei works include Devil Summoner 2: Raidou Kuzunoha vs. King Abaddon, both directorial and arranger duties for the PSP remake of the first Persona, new tracks for the PSP port of Persona 3, and dark original compositions for the latest in the main Megami Tensei series, Shin Megami Tensei: Strange Journey.

He has also composed music for the Trauma series, including Under the Knife and its remake, Second Opinion, along with contributions to its spiritual sequel Trauma Team. Upcoming projects include an original soundtrack for Atlus' dream-induced mystery game Catherine, and arrangements for a PSP port of Persona 2: Innocent Sin which, like PSP Persona 1, Meguro will also be overseeing as director.