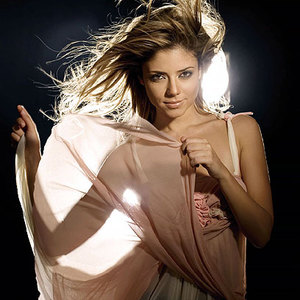 Shiri Maimon (???? ?????) (born May 17, 1981 in Haifa, Israel), sometimes spelt Shiri Maymon, is an Israeli pop singer. She was the first runner up in "Kochav Nolad" ("A Star Is Born," the Israeli version of "Pop Idol"). She was also the Israeli representative in the 2005 Eurovision Song Contest. As a result she is one of Israel's most famous and popular female singers. Biography Shiri Maimon (Hebrew: ???? ????? ) has just released her first album, which was self-titled. The reviews were mixed, but mostly favorable.

Biography
Shiri Maimon (Hebrew: ???? ????? ) has just released her first album, which was self-titled. The reviews were mixed, but mostly favorable. Her album was earned 'Gold' certification [20,000 copies sold] in March 2005.

Maimon was a participant in 'Kdam-Eurovision'; the Israeli national selection for their entry into the Eurovision Song Contest 2005. She was not the favorite to win, however. When the event took place in Jerusalem, her performance of Hasheket Shenish'ar (The Silence That Remains Hebrew: ???? ?????) scored 116 out of 120 and so she won the right to represent Israel in the Eurovision Song Contest. Despite the punters' opinion of her, she made it through the semi-final and was greeted in Kiev for the final of the contest.

At one stage, Maimon rebuffed suggestions that segments of the song should be performed in English in the final. However the Israeli delegation decided that, considering poor history of non-English songs in the international arena, it was decided that Shiri Maimon should sing her song half in Hebrew and half in English. She placed 4th in the contest with 154 points. Monaco even awarded her the maximum 12 points.

Since March 2006, Maimon has been starring in the new soap opera "Yeladot Ra'ot" (Bad Girls) on the Israeli music channel "24". Maimon plays the role of Maya Gold, a talented singer and star of the Monokol record company, who is trying hard to keep her career and relationship together and to care for her brother who has a drug problem.

Sheleg Ba'sharav (Snow In The Heatwave)

Standing On My Own