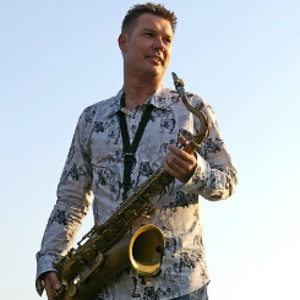 Even as he's dazzled audiences around the world with his high energy soloing over the funky beats of U.K. jazz groove sensations Down To The Bone, Paul ?Shilts? Weimar just wants to be known as ?an approachable boy from London who wants to have a laugh?a cheeky cockney chappy.? Part of the fun for the charismatic saxophonist is getting people up and dancing--and if they're listening to him blow from the car stereo, he hopes as they travel down the open road that they'll be up for some serious HeadBoppin, the name of his highly anticipated debut on ARTizen Music Group.

Co-produced by Shilts and label co-owner and trumpet great Rick Braun, HeadBoppin is a powerful showcase for his multitude of performing and composing talents, focusing not only on his lead alto and tenor brilliance but also his instantly infectious melodies. Throughout the nine originals and a playfully thumping romp through the magic of Stevie Wonder's ?Tuesday Heartbreak,? he keeps the explosive upbeat tempos and brassy textures he's famous for with DTTB but incorporates more vibey old school soul textures, moods and atmospheres that create an inviting past and present soul jazz experience.

?The main idea behind my solo work is that it's completely away from everything I do with Down To The Bone,? says Shilts, who has played on all but one of the group's six collective recordings and is their last remaining original member. ?My roots go back to the 70s funk and soul stuff, but I also love bringing that up to date with all the new technology?so HeadBoppin is really a blend of modern sounds and retro flavors.

A native of London who grew up about 20 miles outside of the city in Luton, Shilts started playing the drums at age nine but became transfixed a few years later by the first sax given to him by famed British jazz guitarist Martin Taylor a friend of his parents. At 14, Shilts was asked to join the National Youth Jazz Orchestra of Great Britain, which backed such jazz greats as Nancy Wilson, Buddy Greco, Rosemary Clooney, George Shearing and Mel Torme. He scored his first pro gig at 16 working in the house band of Luton's famed nightclub, Caesar's Palace (yes, that's right!), backing up all the legends who passed through?The Temptations, Tom Jones, Four Tops, The Drifters and Rose Royce. After embarking on a travel spree that included gigs in Hong Kong, the Middle East, Europe and the Caribbean, Shilts became a popular presence on the London session scene via dates with David Bowie (on the Absolute Beginners soundtrack), Jimmy Page, Conner Reeves and Dina Carroll. Shilts then became a true icon of the 80s when he joined the U.K. pop band Breathe, which scored the Top 10 U.S. hits ?Hands To Heaven? and ?How Can I Fall.? His love for jazz was never far from his heart, however, and the saxman later co-founded System X with other London session musicians, recording Beat The System and playing regular gigs at the city's premiere jazz venues. The undeniable excitement of his picture perfect jazz-funk style led to an invitation in 1994 to join British Acid Jazz band The Brand New Heavies, an association which lasted six years and overlapped his work with Down To the Bone in the late 90s. Shilts' incredible adaptability to all retro-soul jazz environments also led to his touring with U.K. chart toppers Jamiroquai in 1995. While playing with the Heavies, Shilts met keyboardist Neil Cowley, who introduced him to Stuart Wade when he was looking to form a new acid jazz oriented band. Shilts' recordings with DTTB include the discs that endeared them to a wider smooth jazz audience, Crazy Vibes and Things, Cellar Funk and 2005's Spead Love Like Wildfire.

An approach from Higher Octave records in the US led to the creation of his debut ?Shilts? album, ?See What Happens? and features a crop of London's finest musicians, including many of the talents heard in the DTTB live band. This his debut album, was recognised in 2001 as one of the top releases in the US and received an industry nomination in the National Smooth Jazz Awards for the category of ?Best New Artist?. In 2004 Paul moved from the UK to the Los Angeles area with his wife and two young children. Since then he has been seen not only on the session scene but also special guest to many of the top Smooth Jazz artists, such as, Jeff Lorber, Paul Brown and Peter White. Paul's ethos is a desire to produce good music without ever losing sight of the fact that it should be good fun at the same time.