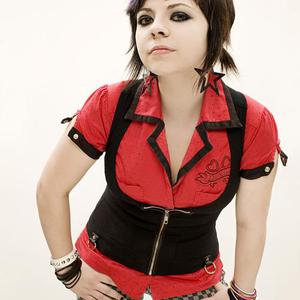 1. Canadian dance music duo/brothers Colin & Justin Moreh who obtained their first worldwide release in 2003, consistently touring worldwide since. "As producers Shiloh are an icon of the dance music scene. Their discography has grown too numerous to keep track of with well over 100 entries of originals, remixes, compilation appearances and video game credits. They've done remixes for EMI and Global Underground, been commissioned by Jaguar Motorcars, and their music has made it into a handful of Sony Playstation games.

Their fans include Sasha, Paul Van Dyk, Tiesto, Armin Van Buuren, Hernan Cattaneo, Paul Oakenfold, John Digweed, etc. who have all given heavy support regularly playing Shiloh's tracks for almost a decade. Their music has been remixed by greats like Nick Warren and their mix compilation appearances resemble a who's who list." - Release Promo Group

2. Shiloh Sharrard (born April 25, 1993) is a Canadian pop singer and songwriter. Shiloh has performed with Lady Gaga,Stereos, Hedley, Theory of a Deadman, Marianas Trench and Faber Drive. She signed to Universal Music in 2008 with plans to record her debut album for a 2009 release.

As a songwriter, Shiloh signed a worldwide co-publishing deal with ole/tanjola. Her first single entitled ?Operator (A Girl Like Me)? which charted on the Canadian Hot 100 and listed her as Billboard Canada's #1 Emerging Talent Artist as of December 19, 2008. Operator (A Girl Like Me) is included on Much Dance 2009 CD. Shiloh released her second music video on January 30th, 2009, for ?Goodbye, You Suck?. It debuted on the Canadian Hot 100 at 73. Her debut album is set to release in May 2009 in Canada. It will be released in the USA in summer 2009 through Universal Republic. She also released a single when she was 13, that had great airplay all over Canada called ?All I Want?.

3. A DIY Folk/Punk group from Chicago.

Will U Ever Come Around (VLS)