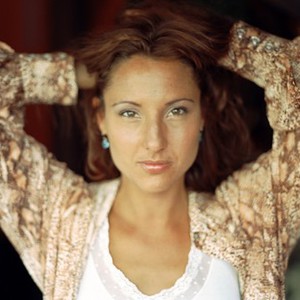 There are two Shannon Moores. One is a male professional wrestler. One is a female pop singer from California. Her professional wrestling background is unknown. Singer/Songwriter Shannon Moore has been compared to Pretender's Chrissie Hynde, Amiee Mann, and Sheryl Crow, and Lenny Kravitz to name a few. But ultimately, she has a style all her own. Born in California and raised in Houston, Shannon received here first guitar at the age of 10 and started writing by age 12.

Singer/Songwriter Shannon Moore has been compared to Pretender's Chrissie Hynde, Amiee Mann, and Sheryl Crow, and Lenny Kravitz to name a few. But ultimately, she has a style all her own. Born in California and raised in Houston, Shannon received here first guitar at the age of 10 and started writing by age 12.

After graduating at USC, Shannon worked as an assistant to hit songwriters Billy Steinberg and Tom Kelly(Like a Virgin, True Colors, Eternal Flame). Soon after that, she signed a deal with Sony Music Publishing. At that same time, her then boyfriend was playing with Rod Stewart. Shannon traveled the world living a rock star life and writing for Sony. A few years later, Shannon got 10 songs placed on the Canadian Prime Time TV drama MADISON. She moved to Vancouver. Her band, Deep Julia, toured the States and Canada extensively and racked up considerable critical acclaim. Their popularity landed them the opening spots for Radiohead, Peter Frampton and Jewel to name a few. After recording the album LTD with producers Thomas McElroy and Denzel Foster(EnVogue), the label and band fell apart.

As a solo artist, Shannon has an impressive list of movie and television credits. Her songs can be heard in movies including Angels With Angels (InVision Motion Picture Group), Lifetime's Original Movie "Confessions of an American Bride", This Time Around (Disney), Midnight Blue (Orion), Showtime's "One Kill" as well as a number of indi films. Her television credits include: Felicity (WB), General Hospital (ABC), Meet My Folks (NBC) and MTV's Real World, as well as the above mentioned Madison.

Now, with a record released by 10 Spot, through Universal Distribution, Shannon is starting to tour with a new band line up, as well as continuing her success placing songs on movies and television, most recently writing 2 songs specifically for ABC. They are exclusive to ABC's iTunes page.

"Shannon truly possesses all the ingredients needed for stardom? Moore is above all a top-flight songwriter?for her to remain in obscurity, as merely a songwriter would be a crime. No one could sing her personal songs with such conviction and passion that Moore brings forth with a searing emotional temperament.? ? Music Connection.

For more info on Shannon Moore and to BUY HER CD, visit her website http://www.shannonmoore.com

Everybody 3 Count by 3 Count (WCW)

I'll Do Anything a Production track which Moore takes credit for on his website. (ECW)

Moore also had two production songs during his time with WWE and a studio song made by Jim Johnston. The titles of Johnston's songs are Carolina High and Live For The Moment.