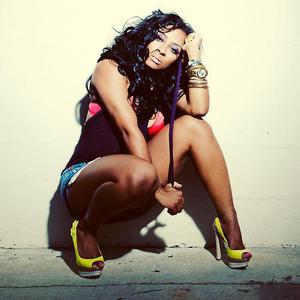 A new kind of female urban/pop rock artist has emerged on the scene ? the kind who has the ability to create her own lane musically and visually, push the envelope with lyrics and sounds, and leave you wanting more! Introducing SHANELL of Young Money Entertainment/Universal Motown, a multi-talented singer, songwriter, performer and creative visionary who is ready to set a new era in motion for female urban/pop rock.

Preceded by the continued success and musical evolution of multi-platinum Grammy Award-winning artist and label mate Lil Wayne, SHANELL is the female answer to the mash-ups of fun-loving rock n' roll drums and guitar with hard-hitting hip-hop beats and a touch of sultry R&B melodies. Her forthcoming self-written debut album includes collaborations with cutting edge, hit producers like Bangladesh, Catalyst, Soundz, and Willy Will and combines an innocent 80's inspired vibe with often provocative lyrics.

For SHANELL the integrity of music comes first and foremost, but then just as critical is the live performance and visual imagery. As a songwriter, SHANELL developed a distinctive voice and unique sound, landing placements with a diverse array of artists including Kelis (Jive), Danity Kane (Bad Boy/Atlantic), and most recently Lil Wayne's first single ?Prom Queen? off risk-taking rock album ?Rebirth? (Young Money/Cash Money/Universal). This landmark record broke ground for both Lil Wayne and SHANELL to experiment with genres and content while telling a story that keeps fans old and new mesmerized, waiting to see where they will go next. The controversial and unexpected urban/rock record hit #15 on the Billboard Hot 100 and paves the way for a new sound breaking out of the traditionally urban genre. Making a cameo in the video for ?Prom Queen,? SHANELL rocks out in the band with Korn, and has gone on to perform this hit record alongside Wayne on stage and on television including popular talk show ?The View? and MTV Spring Break. SHANELL was also featured on mixtape record ?My Weezy? from Lil Wayne's Dedication 3, ?Lights, Camera, Action? from the special edition multi-platinum album The Carter III as well as several tracks on underground mixtape ?The Girls Club Vol. 1? with D.Woods, Mika Means, Mya, Kelis, Chrisette Michele and others.

With the music as her driving force, the live performance and visual imagery is just as critical. From costume design to choreography to the edgy hair, makeup and nose ring-with-a-chain that she rocks with style, SHANELL creates a unique artistic vision and magic that she exudes each time she appears on stage. Coming off a 52-city US run performing alongside Lil Wayne on his headlining ?I Am Music Tour,? SHANELL brought her signature flavor to hits and fan favorites like ?Lollipop,? ?Misunderstood,? and of course ?Prom Queen.? However, SHANELL is already a seasoned performer, having grown up a trained dancer in modern, ballet, African, hip hop and theatre. She has carefully crafted her performance the old-fashioned way, one show at a time ? from small intimate clubs to sold-out stadiums.

SHANELL attended well known performing arts school, Tri-Cites High School with alumns like Outkast and producer Bangladesh, and from a young age pursued her destiny of the performing arts and entertainment as a young triple threat. Throughout the rise in her career SHANELL has had the opportunity to work closely with Usher, Ne-Yo, Beyonce, Lloyd, Keri Hilson, and many other top musical artists and producers and appeared in the box office hit movie ?Be Cool? starring John Travolta and Uma Thurman. She gathers inspiration from the versatility of Madonna, the edginess Cyndi Lauper, the sultry sexiness of Vanity, and the fun experimentation of Missy Elliott and TLC.

Next up, SHANELL will be featured on the upcoming Young Money compilation album with Drake, Nikki Minaj, Gudda Gutta, Mack Maine, Jae Millz, and the whole YM crew to drop in Summer 2009 and also rejoining Lil Wayne on tour both in the US and overseas to debut her solo material. Currently in the studio recording for her album, SHANELL has been asked to collaborate with world renowned European electronica DJ David Guetta and has already been tagged by MTV News, Rolling Stone, VIBE and many online media outlets as an intriguing young artist to watch. Stay tuned as the mystery unfolds...

Shut Up And Listen