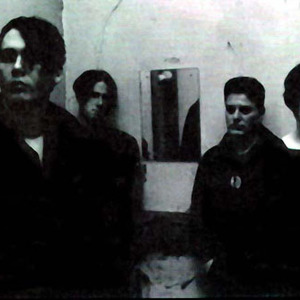 The Blue Ridge Mountains were an unlikely place to find a band like Shakespace. Their sound was a mixture of heavy melodic guitars, experimental ambient synths, with male and female vocals, a sound often revealing the band's shoegazer and proto-goth influences .Shakespace formed in early '96, and after many enthusiastically recieved shows, they recorded their 1st full-length CD. Released In 1998, the self titled debut album was a space rock, lo-fi collection of infectious dream-pop tracks.

Throughout the late 90's, Shakespace's Michelle Ferguson would also co-host the 'No Phase Artspace' shows, multi-media art and music events in which artists and groups from across the US performed and contributed work. Shakespace's 2nd CD ,'Air Sign Orange' , released in late 2000 on Indianapolis' Happy Couples Records, had more of a post-punk goth-rock feel. 'This Sleeping Heart' was Shakespace's final full-length CD offering. Recorded throughout 2001 during the band's break-up, the album emerged as dark and cynical experimental pop.
The full Shakespace catalog is now on iTunes : http://ax.itunes.apple.com/artist/shakespace/id58945996
and Amazon: http://www.amazon.com/gp/product/B0015H0GT2/ref=dm_dp_adp?ie=UTF8&qid=1290035160&sr=8-1