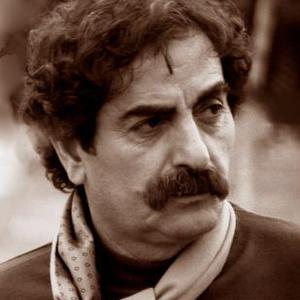 Shahr?m N?zeri (Persian: ????? ?????) (born February 18, 1950 in Kerm?nsh?h, Iran) is an undisputed icon of persian classical and sufi music and Ostad (master) of persian traditional music. He is one of Iran's most respected vocalists. Shahram Nazeri born in a Kurdish musical family in Kermanshah, west of Iran. He started studying music at an early age. His musical talents were first nurtured by his mother at a very young age. Throughout his childhood, he was under the tutelage of the most renowned masters of Persian music including Abdollah Davami, Nour Ali Boroumand and Mahmood Karimi.

Shahram Nazeri born in a Kurdish musical family in Kermanshah, west of Iran. He started studying music at an early age. His musical talents were first nurtured by his mother at a very young age. Throughout his childhood, he was under the tutelage of the most renowned masters of Persian music including Abdollah Davami, Nour Ali Boroumand and Mahmood Karimi. Besides, has studied playing Setar with masters of Setar such as Ahmad Ebadi, Bigjeh-Khani, and Jalal Zolfonoun. He is said to have started singing in public at the age of eight. At eleven, he performed on television for the first time. By twenty-nine, he had gained a loyal fan base. He has continued to perform in Iran and abroad.

Shahram Nazeri has been accompanied by some of the authorities of persian traditional music such as Jalil Shahnaz, Hossein Alizadeh, Jalal Zolfonun, and Faramarz Payvar. He has also worked with some of the best Persian traditional ensembles such as Aref Ensemble, Dastan ensemble, The Kamkars, and Shams Ensemble.

Besides persian traditional music and kurdish folk music, Shahram Nazeri specializes in the rich tradition of Sufi music, which turns to song the mystical poetry of Rumi, Hafiz, Attar, and others. Nazeri is known particularly for several decades of works on Rumi poetry. From early on, Nazeri was a pioneer in singing and composing music to the poetry of the greatest Persian poet and mystic, Mawlana Jalal ad-Din Rumi, Iran's most cherished poet. He was the first vocalist to set Rumi's poetry to Iranian music thirty-five years ago, thus establishing a tradition of Sufi music within both Iranian classical music and his music was instrumental in introducing Western musical audiences to both Sufism and to the poetry of Rumi. He is also working on the composition and arrangement of a symphony on Firdowsi's masterpiece Sh?hn?meh.

Nazeri has released over forty recordings to date. His Gol-e Sadbarg (The One-hundred-petalled Rose) is among the best-selling albums of Persian classical music and Sufi music in the history.
He has performed at major venues worldwide, including The Festival of Aix-en-Provence, The festival of Avignon, Th??tre de la Ville in Paris, The Tokyo Summer festival, The Kodak Theatre (Oscar ceremony) in Los Angeles, the Royal Albert Hall, the Festa del Popolo in Italy, The Beiteddine Festival in Lebanon, the K?lner Philharmonie in Germany, Asia Society, World Music Institute and Brooklyn Academy of Music (BAM) in New York, the Roma Europa Festival in Rome, S?o Paulo Music Festival in Brazil and Fes Festival of World Sacred Music in Morocco and many others.
The New York Times has dubbed him the Persian Nightingale and the Christian Science Monitor has called him Iran's Pavarotti.
On September 28, 2007 he was presented France's most prestigious award the "Chevalier des Arts et Lettres" Ordre des Arts et des Lettres, List of members of the Ordre des Arts et des Lettres for his lifetime achievements in Persian Classical music.

More recently, the Ministry of Culture in Iran named him the Best Singer of Classical Persian and Sufi Music. UCLA has honored Shahram Nazeri with the Living Legend Award. The United Nations has honored Nazeri with a recognition award for his legendary contribution to the revival of Iranian Classical Music. The Irvine City Hall Award of Distinction in Persian music was given to Shahram Nazeri for his contributions in spreading Rumi's spiritual message of peace through the language of music.

February 25, 2006 was named "Shahram Nazeri Day" in San Diego County by the Mayor and the Chairman of San Diego's Board of Supervisors. Soon after this date Shahram Nazeri also received a recognition award from the Congress of the United States and was invited to perform and lecture at Stanford University, Columbia University, University of California Berkeley, University of California Los Angeles UCLA, Emory University in Atlanta and Harvard University, where he was recognized for his pioneering efforts in introducing Rumi to the West as well as for his innovations in Persian music.