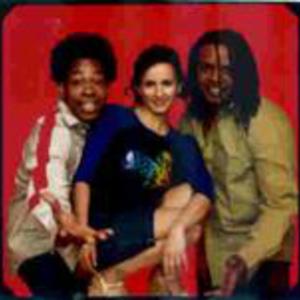 There are at least 7bands called Shaft: 1 Shaft is an electronic music production duo, Alex Rizzo & Elliot Ireland. They are known for their covers and remixes of "Mucho Mambo (Sway)" and "Mambo Italiano". Shaft went straight to No. 2 in the UK charts with the release of '(Mucho Mambo) Sway'. They followed this with the release of 'Mambo Italiano' which reached 12 in the UK chart. They went on to tour the world and win a gold disc for best performing group. Since then they have recorded more songs since such as "Kiri Riri Boom" and "Shake Seniora".

2-Shaft: An electronic duo consisting of Mark Pritchard (of Global Communication fame) and Adrian Hughes, who released two hugely successful rave tracks in '91 and '92, "Roobarb & Custard" and "Monkey".
3-A "holy terror" hardcore band that released their self-titled 7" on Stormstrike Records (a German hardcore/punk label) in 1996.
4-Shaft: an indie pop (?) band from New Zealand.
5-ShAFT: a hard rock/nu-metal band from Poland.
6-Shaft: a Estonian band from the early 2000s that recorded 4 songs and is in suspended animation until the members finish university.
7-Rapper from Compton, California

Saturday The Best Of Retro House