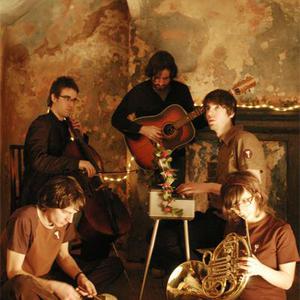 Trials is the new album by Shady Bard out now on Forest Industries. The band were founded by six years ago in Birmingham, United Kingdom by the band's main songwriter, Lawrence Becko (piano, vocals, guitars). Their debut album From The Ground Up was released on Static Caravan in the UK and XTAL Recordings in Japan in 2007 and gained an international following when tracks were used on MTV's Switch campaign and award-winning US drama, Grey's Anatomy.