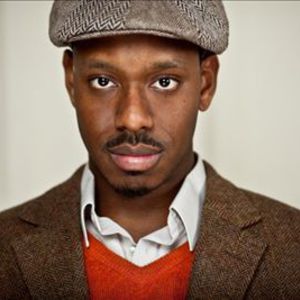 There are two "Shabaka" artists. One, a group from Egypt produced their eponymous techno-electronic album "Shabaka" in 2003, and the latest, from Sierra Leone, his "The Black Loyalist" album of reggae+African music. Shabaka's new CD " The Black Loyalist " is making waves across American college radio stations as his music continues to capture the hearts and imagination of college students and reggae fans across the country and charting on numerous radio stations. Now Shabaka is getting ready to penetrate Africa where the continent awaits his music and his message.

Shabaka's new CD " The Black Loyalist " is making waves across American college radio stations as his music continues to capture the hearts and imagination of college students and reggae fans across the country and charting on numerous radio stations. Now Shabaka is getting ready to penetrate Africa where the continent awaits his music and his message. The Black Loyalist CD tells many stories. The first song ' African Spirit " is a song of inspiration for the children of Africa who are living in the villages and the ghettos around the world.

In " Mr. Jackson " he chronicles the journey of an African-American who visits Africa, attempting to reconnect with his past in order to understand his future " see dem a Come" is about the use of child soldiers in African wars, the rape of their innocence and the theft of their future " Who is the Enemy " is a commentary on our corrupt leaders ---- African Mafia, and the title track " The Black loyalist " tells the story of Thomas Peters, who was captured in Nigeria in 1760 and sold into slavery in America. During the American Revolutionary War , he joined other blacks to fight on the side of the British, who offered freedom in exchange for military service. At the end of the war, these men and their families were settled in Nova Scotia , Canada, where they were known as the Black Loyalists . Peters, went to London in 1791 to petition the British government for better treatment of the Loyalists in Canada and on January 15th 1792, he led a contingent of 15 ships carrying 1,196 blacks to the " promised land " .

Thomas Peters became one the founding fathers of a new settlement in West Africa. They called it Freetown, which is the present capital of The Republic of Sierra Leone. These events were the beginnings of the Creole people of Sierra Leone. Shabaka says " My ancestors were descendants of freed African - American slaves. Maroons from Jamaica and freed Africans who were re=turned to Freetown when the slave trade was abolished. This ancestral mix is reflected in the music I make" The influences of great reggae singer/songwriters like Bob Marley, Peter Tosh,. Burning Spear and others are evident in Shabaka's music. However, his style and authenticity ushers in a new chapter in the marriage of reggae music and African rhythms.

Shabaka is:
Omar Kamel (This artist can be found in Lastfm.)
Yanni Giovanos

Shabaka started off as a playful experiment. Having played live instruments for years, Yanni Giovanos and myself (Omar Kamel) started messing around with some software releases, and some loop libraries, throwing things together, recording speech samples from Egyptian television and Egyptian radio, mixing it all together, and playing live instruments on top of it all. It was fun and we had a good time doing it.

Pretty soon, we both had a few tracks each, and decided that we both liked what the other had made and that the material, although markedly different, was somehow kin, bound by our choice of media samples, by the overall Elektro-Cairo thematics, and by our mess-around-and-try-it-out mentality. We threw things around, and if it sounded good, we kept it.

At this point, we were both approached by Mika Sabet, a local musician whose father owns one of the longest standing record labels in Egypt, a record label which had been the prime innovator within the local market, it had introduced such names as Mostafa Amar, Hakim, Mohamad Mounir, and others to the Egyptian landscape - if anybody was willing to try things out - Sonar was the label to do it.

So we put together some of our tracks on a cd, went to the Sonar office and gave it a shot. Dr. Hany Sabet, the owner decided he liked what he heard, and asked us to finish off the tracks, and make an album of it. Needless to say, we were over the moon, raced back, and worked our asses off, trying to make everything perfect. The result is Shabaka, 16 tracks that some of the local magazines considered a new innovative alternative to the Egypto-Pop that dominates the Egyptian music scene. We tried to innovate in one other regard, much to Sonar's discomfort, we didn't want our faces on the cd or tape cover - something of a tradition in Egypt - and usually considered the ultimate marketing tool in a market that remains, to a large degree, illiterate.

In any case, as so happens, time wasn't so good to Sonar. The label that had launched about 75% of the countries biggest artists was to sink into oblivion months later, and the rights to the record reverted back to us. And now, well, here you go: Shabaka - A Revolution That Might Have Been and May One Day Be Again ;)