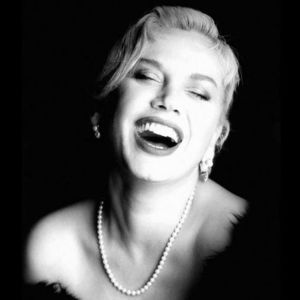 Sezen Aksu was born and educated in Izmir on the romantic and nostalgic Aegean coast of Anatolia in Turkey. During her school years, she studied painting, music and theatre. While attending the Aegean University she released her first musical composition with lyrics. This first song, ?Kaybolan Yillar' (Lost Years),became a hit that touched thousands of people's hearts and marked the beginning of her professional career. Sezen Aksu is the first female Turkish artist to compose and perform her own music.

Her background and upbringing surrounded by prominent specialists and teachers in Turkish Music, was vital to her work. She has always composed songs that appeal to everyone and that are influenced and inspired by the rich and colorful Anatolian cultures of her childhood. Literature, cinema, poetry and theatre remained close to her heart.

Having realized at an early age that what really mattered was the soul, she headed for fields that would spiritually nourish her. Through her journey she realized that music was her savior. Since her childhood, she has been singing to express all of her feelings.

Sezen Aksu writes and performs most of her own songs. This gives her the chance to be one of the rare artists to share her life's philosophy with her audience who have become loyal followers of her work.

Her experiences allow her to look at life through a window, that she shares in every detail with her audience. Throughout the more than 500 songs she has written, she illustrates everything with perfectly chosen words ? especially ?Love'. Love is and has always been her battle field that she conquered with her awakening lyrics as well as heart moving melodies. Her deep interest and familiarity in literature flows through her song lyrics that are sharply plain, and yet very well mastered. The book that she authored which is entitled ?Poems To Be? is a result of the remarkable poetic features of her lyrics.

Her songs remind us of a world freed from negative beliefs. It is her passionate enthusiasm and questioning attitude that sparks her awareness of humanity, of other lives and their inner most feelings. Her inspiring voice reminds us of uncorrupted human nature. She provokes our most untamed human feelings through her lyrics and music. Her intuitions spark her compassion allowing her to hear every message ? all free from social, racial and national discrimination. She was there raising money for Turkey's biggest natural disaster, the 1999 earthquake with her Aide Concert. She was also in Greece when they experienced a similar disaster. She has always made a stand against injustice and inhumanity. There have been times she sang to make ?Saturday Mothers' be heard, whose children were lost in police custody. And there have been times when she has sung in different languages for people of different ethnic backgrounds living in Turkey for the sake of unity and peace. She supported a comprehensive educational schooling campaign for girls who have less opportunities compared to boys due to the poor socio-economic backgrounds of their parents. She created national awareness on the subject with her concert tours and the dedicated album.

Sezen cherishes the bright side of life too. She is an eternally hopeful person. She enjoys life and encourages her audience to enjoy it to the fullest. She uses her acting skills to put a smile on their faces during her concerts. Her fun and humorous side reveals itself in her concerts. Joyful stories that have a ?stand up' styled flavor are another magnetic force that pulls thousands of people to her concerts. During concerts she forms strong bonds between herself and her audiences. She has shared the same stage with different artists from different countries including Greek Haris Alexiou, Bosnian Goran Bregovic and Italian Alessandro Safina. International audiences all over the world identify with her voice, songs and delivery that have reached the maturity and level of universalism.

It is no surprise that Sezen Aksu's path always heads upwards. She has been honored more than 200 times in over 30 years. She has been selected as the ?Artist of The Year' numerous times. With all of her albums, she has been in the pursuit of bettering herself, without trying to prove anything to others. She has been embraced by fans the moment her songs are released as they continue to keep the beat of the social pulse and address issues close to the heart of the man and woman on the street. She has supported many artists and is proud of their continuing success.

Sezen Aksu writes songs that we all feel in our hearts.