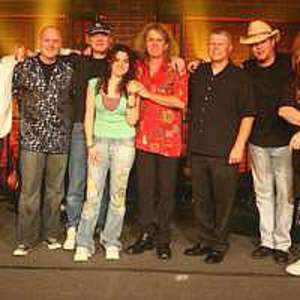 Seventh Key is Kansas bass player Billy Greer's solo debut, under the guise of a band name. Joining him is Mike Slamer, the man behind the much loved Steelhouse Lane and fellow co-member of AOR legends Streets. Mike Slamer strikes again. The producer / guitarist / songwriter has once again proved he is the premier melodic rock producer. His songwriting and production abilities are extraordinary, but teemed with someone of equal talent like Billy Greer and the result is pure melodic bliss and will bring huge satisfaction to any buyer looking for a major label quality release.

The guest list on Seventh Key is like a who's who of current Kansas members, with all the guys making appearances along with Terry Brock and Steve Morse, with Mike Slamer providing acoustic and electric guitars throughout.
Taken from MelodicRock.com Reviews

I Will Survive (Japanese Edition 2014)