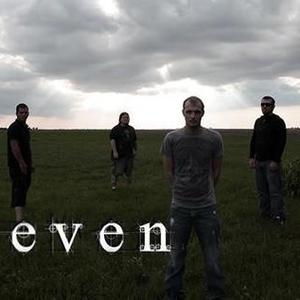 There are 21 artists with this name 1. An Australian emcee from the Gold Coast 2. A British dubstep producer 2. An American progressive metal band 3. A Czech art rock band 4. A French death metal band 5. An Australian hard rock band 6. A Dutch rock group 7. A Swiss funk musician 8. A Swedish alternative rock band 9. An American Christian ska band 10. A Thai girl group 11. A Serbian rapper 12. An alias of the musician Fono 13. A German rock band 14. A techno musician 15. A Dutch Christian rock band

1) Seven is a Dubstep producer from the UK signed to Tempa, Aquatic Lab, Subway and Wheel & Deal.

2) SEVEN is a Progressive Metal band from Illinois/United States.
Their influences range from Meshuggah and Tool to the likes of Nine Inch Nails and Deftones. Featuring a very experimental sound, using certain sound patterns to stimulate specific zones on the human brain, they self released a Sampler CD/2006 and their first LP "Echoes of Old Voices in the Rise of New Machines" was released on July 2007.

3) Seven is a progressive instrumental art rock band from Ceske Budejovice (Czech republic), Led by Jan "Kirk" Behunek, one of the best contemporary european guitarists. Their first release came out in 1992 (Exekutor - Symphony of death). Later albums like Blue Angels, Crying World and their so far most succesful album Entice From Sea (2002). They've sold 500 CDs in 7 months, without any advertisement or support of a recording studio. The baptism of the record was supported by german singer Doro in 5/2002 in Prague Rock Cafe. In 2002 they played over 80 concerts in the Czech republic, Austria, Switzerland, Poland and Germany.
They name of the band represents the fact that Behunek plays 7-string Ibanez guitars (UV 7BK, UV 777PBK, RG), originally designed for Steve Vai.

4) Seven is a band project formed by Nicholas Martins (NickTup) in France. He was inspired by many bands in the Death Metal scene such as Death, Necrophagist, Sleep Terror and many other Progressive and Thrash Metal bands. Seven follows the ideology of codes and enigmas in the songs and artworks that give to the listener messages about social problems, religion, history and hypocrisy. From influences from Jazz, Progressive and Metal these young virtuoso musicians make some rare music nowadays.

6) Seven is a band from The Hague. Seven was originated out of former people of other famous Dutch artists like Anouk, Kane and Relax. They started in their own studio "The Green Room" in the summer of 2004 with the recordings of their debut album.

7) Seven is a Swiss funk and soul artist who released his first album "Dedicated to..." in 2000 which received excellent reviews. During the following years, he released two more albums: "Seven soul" (2004) and "Lovejam" (2006). He appeared at all major Swiss festivals and supporting act for Destiny's Child. Seven launched his much-awaited fourth album "Home", released February 23rd, 2007.

8) Seven is a Norwegian band. They took their name after the Pixies-line "Then God is seven". Their sound kind of new wave. Synth- and guitar-riffs are the strongest quality in their songs, along with entertaining lyrics.

9) Seven is a Christian ska band from central Nebraska. Lead singer and guitarist Nathan LeFeber is backed by brother Paul LeFeber on trombone and several other musicians on trumpet, saxophone, bass, and drums. They have recorded two albums: Schoolyard Mission and Audience of One.

10) Seven is a Thai girl group

11) Seven is a Serbian rapper

12) Seven was the name under which Fono played for several years, and released their original demo album "High and Wired".

13) Seven is a rock/pop combo from Germany. Seven calls their style "heavy traffic music", since their music varies from jazz, pop, latin, funk up to heavy or art rock.
Their first album "It Is What It Is" was released in 2004, their second album "Everything Says Something" came out in december 2007.
Seven are: Alexander Stern (voc, bass), Tom Hoppe (guit), Ben Flohr (guit, voc), Philipp Sinkemat (piano, organ, rhodes), Steffen Wilhlemi (drums, voc)

15) Seven is a Christian band from the Netherlands.

16) Seven was an 80s pop band from Bournemouth, UK - formed from the remnants of South African band "Face to Face" in 1989. Seven were the backing band for two Brother Beyond tours and for Jason Donavan. They also toured with The Monkees and with Richard Marx.

Two singles on the Polydor label, Inside Love and Man with A Vision, reached the top 100. They recorded a further two singles (Strangers and Be That Girl) but a series of internal struggles and arguements meant that Seven never reached their full potential.

20) Seven is a Czech heavy metal band. The band has released one album, "Freedom Call".

End Of The Circle

Get Your Hustle On