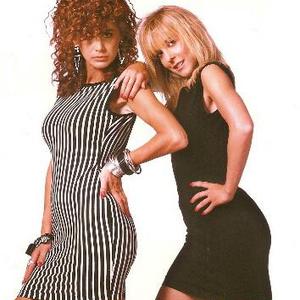 Sequal was a Latin Freestyle female duo from Miami, composed of Angie Vollaro and Maria Christensen. The duo was founded in 1984 by producer Lewis A. Martine?, who was also responsible for the group Expos?. The group's first releases in 1985?86 were on independent label Joey Boy Records and became club hits. In 1988 Sequal signed with major label Capitol/EMI Records, releasing its only self-titled album, which had a plethora of producers, including Stock Aitken Waterman (?Tell Him I Called?), Kurtis Mantronik (?Tell the Truth?), Michael Morejon, and Lewis A.

Martine?. Neither the album nor the singles hit the pop charts, although some singles did become club hits.

The group split in 1990 and Christensen later formed the group 3rd Party in the late 1990s; that group's major claim to fame was the song ?Waiting For Tonight,? which Jennifer Lopez covered on her debut album.

In 2008, the duo reunited and released the song "My Love for You" on the iTunes Store. The duo also has an official MySpace page.