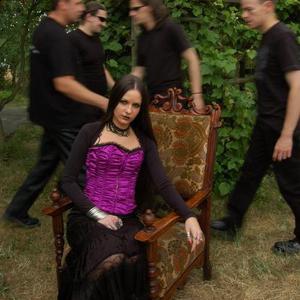 The band Sellisternium came into being at the end of 1999 in Bydgoszcz (Poland). The music of Sellisternium is a mixture of moody art rock / metal with some influence of progressive - gothic rock. Unfortunately, after 2001, the members of the band drifted apart. Only after two years of silence, with a different and fresh outlook on their work, the band have started the activity in a completely new frame (from the original group only Anna Pietrzak and Marcin Koleniec have remained), in which they play until now.

At the beginning of August 2006 the Sellisternium started recording their music material titled "Furia".
In March 2008 the band signed a contract with Renaissance Records which releases their first album.
The worldwide premiere of the ?FURY? took place on 13 May 2008, and its distributor is KOCH International.
Current line-up
Anna Pietrzak - vocals/lyrics
Marcin Koleniec - guitars
Piotr Kowalski - keyboards
Robert Puk - bass
Piotr Grugel - drums