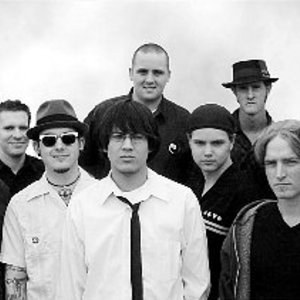 The high-energy sound of Secret Agent 8 was born in February of 1996 in Texas City, an industrial complex on the Texas Gulf Coast between Houston and Galveston Island. In the beginning, the group leaned toward "punk ska," imitating a style that arrived in the U.S. from England. Early influences included Operation Ivy and The Specials. Gradually, Secret Agent 8 has evolved into what they are today, nine members each as individual as their music. Current influences include such artists as The Skatalites, Hepcat, The Specials and assorted Jazz, R&B, Rock and Blues performers.

They have a unique style blending Big Band, Swing, Rock, Reggae, R&B, Dub and Jazz with their familiar Ska backbeat into what has been described as Ska Fusion. Because of this mix, they attract an audience similarly diverse in age and musical tastes. In July 1998 they recorded their first full-length album at SugarHill Studios in Houston. Grammy-nominated Dan Workman engineered and co-produced the project. In November 1998, Secret Agent 8 officially released the self-titled debut CD on their independent label, 008 Records. The work features twelve original compositions. Their second full-length album, "Start.Action.Stop." will be released in November 2002