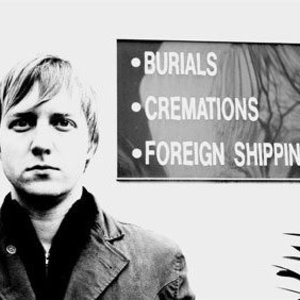 NYC based singer/songwriter Sean Madigan Hoen, former frontman of the Detroit-based bands Leaving Rouge and The Holy Fire, has slummed in the trenches of music subculture for over a decade, recording, touring and developing a bad habit of walking away from his bands as they seem on the brink of becoming known. Hoen formed the art-damaged Thoughts of Ionesco at age 17, whom Spin Magazine called "an art-core mindfuck" in 1998.

Years later Hoen emerged with the plaintive Leaving Rouge, an inconsistent yet endearing project that spanned over 20 members in just three years. The group opened for acts as wide-ranging as Ted Leo and Avril Lavinge, and was even featured in Playgirl magazine, as well as licensing a track for MTV's Made. Again Hoen unceremoniously disbanded the project to focus on The Holy Fire, a more vivid rock approach that was signed with Sony subsidiary Militia Group only a few months before Hoen disappeared from his native Detroit, surfacing in Coney Island, Brooklyn months later.

Now writing and recording under his own legal name "because it looks ridiculous", Hoen has recorded 5 songs for an eleven song split with songwriter Tim Pak called Killed Our Darlings and is set to release his debut album, The Liquor Witch, in September 2007.