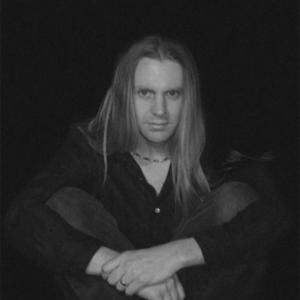 Pianist/composer Scott D. Davis has been referred to as ?the rocker of new age/contemporary classical music?. Perhaps New Age Reporter best described him by saying "his exuberance and originality are invigorating and his upbeat attitude contagious." Interestingly enough, if you ask Scott about his musical background he might surprise you. He comes not from a background of polished piano music, but grew up a typical 1980's teenager strongly under the influences of such progressive rock artists as Rush, Queensr?che, and Metallica.

Interestingly enough, if you ask Scott about his musical background he might surprise you. He comes not from a background of polished piano music, but grew up a typical 1980's teenager strongly under the influences of such progressive rock artists as Rush, Queensr?che, and Metallica. Scott pursued rock music as a career throughout his college years, playing keyboards for a number of local bands.

It wasn't until his band's lead guitarist introduced him to the piano music of David Lanz that he began to consider a career as a pianist. "Prior to hearing David Lanz, my idea of 'solo piano' went no further than classical music, a form of music I always appreciated but never felt much connection with. Lanz's impressionistic style was at that time unlike any music I had ever heard. Our guitarist brought me a copy of 'Skyline Firedance', and the music grabbed me right away. I found myself playing around with a few melodies at the piano and I just never stopped."

After years of playing in smoky clubs and struggling to keep bands together, Scott walked away from the rock band and the lifestyle that seemed inseparable from it. Commitment renewed, he set out to record his first solo CD, and in October of 2001 released a seven song EP featuring piano, flute, and oboe simply titled "Piano & Woodwinds". For nearly two years he endeavored to promote the CD and his brand of "new age" music, but met with limited success. That is, until a friend asked him for a favor. "A friend of mine was opening a nature boutique in the local mall, and asked me if I would play in front of the store for it's grand opening. She said she couldn't pay me anything, but got permission for me to sell my CD". Scott agreed, and in less than four hours of playing had sold over 50 CDs. "The idea of playing at the mall didn't sound all that exciting to me. I've never been happier to be wrong!" Realizing he was on to something, Scott immediately began booking space in malls throughout California. He continues to tour major shopping centers throughout the U.S., and it's success has allowed him to release new albums at the rate of about one every year. He's gone on to release three full length solo piano CDs: 2003's all original "Tahoma", 2004's holiday themed "Winter Journey", and in early 2006 he reconnected with his rock roots to release "Rockfluence", a solo piano take on some of his favorite rock songs. To date, Scott has sold over 20,000 CDs, a remarkable accomplishment considering he's done it without a promoter or a record deal.

In addition to performing in malls, Scott also plays several concerts each year in halls that range in size from 300 to 500 seats. During a benefit concert called "Piano & Ponytails", his 26-inch long blond ponytail was shorn on stage for Locks of Love, a charity that provides hairpieces to disadvantaged children throughout the U.S. who suffer from long term hair loss. Scott's long hair, part of his identity since adolescence, was given in the hope of providing a healthy sense of identity for a child.

In March of this year, Scott realized a long held dream of meeting and performing onstage with Grammy nominee and platinum selling pianist David Lanz, the man who's music first influenced Scott to pursue a career as a pianist. "To have performed with David is literally a dream come true, and now we're planning even more show's together! It's very exciting."

Scott is a featured performer on Whisperings: Solo Piano Radio, an internet based broadcast that draws over 500,000 listeners each month. Two of his tracks have also been chosen to be included on Pure Touch Volume 2, part of a nationally released series of sampler CDs.

Although solo piano music can be found in most any book or music store, Scott D. Davis stands out. By successfully combining classical, new age, and rock influences, he's defined a piano style that is as fresh and invigorating as it is relaxing. "People are always asking me what style of music I play. David Lanz coined the term 'Heavy Mellow' and I think it fits perfectly. From now on when people ask, that's what I'll tell them."