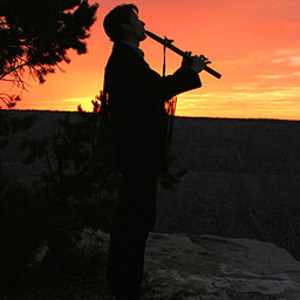 August is a nationally-acclaimed composer, producer, keyboardist and indigenous flute player know for his forays into Ambient and World Music. His music has been featured on the nationally-syndicated radio shows ?Hearts of Space? and ?Echoes? as well as receiving airplay on the digital networks Music Choice, Sirius XM Radio, and DirecTV. He has composed music and sound design for hundreds of films, commercials and video projects, for clients such as NASA, The Discovery Channel, Lexus, Chevrolet, HBO, Nabisco, and Minolta.