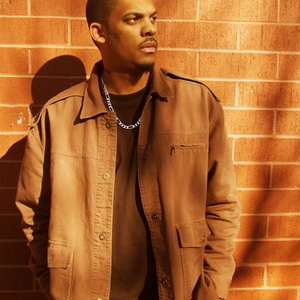 ScholarMan is a Maryland based hip-hop artist and producer known for socially conscious and soulful music. His presence, message, lyrical style and production skills have been compared to the likes of lyricists Common, Masta Ace, Large Professor, Diamond D, Chuck D, Hi-Tek, the late J Dilla and DJ Premier. The meaning behind his name is simple, he considers himself a student of hip-hop; an advocate of the culture and an emcee that shares his beliefs and views through his music.

Though many try to box him into a specific sub-genre of hip-hop, ScholarMan describes his music as revolutionary. Revolutionary meaning his music is fresh, inventive ? bringing change to the monotonous; and his ultimate mission is to continue to uplift not only hip-hop's culture through his music but his community as well. He does this by releasing innovative songs about struggle and progress, love and lack there of, all the while expanding his talents and abilities looking to achieve a modern sound that is inspired by the foundation that hip-hop's pioneers established.

Like many artists, ScholarMan began writing and producing in his teenage years. With money he saved from his first summer job, he bought a record player from a local thrift store and began collecting records. Later he would acquire an inexpensive Radio Shack mixer where he would then connect a microphone, a boom box and the record player. This set up allowed him to record his own rhymes over various instrumentals. Not long after this he began scratching and mixing on tapes that he then gave to friends at his high school.

ScholarMan went on to performing with various groups, acquiring more equipment and improving his sound. Many of the groups that he participated in dismantled due to creative differences but out of dedication and faith he pressed on as a solo artist. He would release several projects locally and in 2007 he released his first international album Candy Medicine. This album got underground praise and attention for its organic beats and intelligent lyricism. Fans call this album a ?breath of fresh air.?

As a result, ScholarMan religiously drops an album annually. In January 2008 he released Soul Purpose, then GameShift: The Movement in 2009. Both of these releases are considered strong follow ups to his first international release; both are great showcases of ScholarMan's abilities as an emcee and producer.

He continues his movement by providing more and more new music. He is a passionate artist and producer, one who isn't afraid to grow, expand and improve.


More information about ScholarMan can be found at his official site www.scholarman.com.