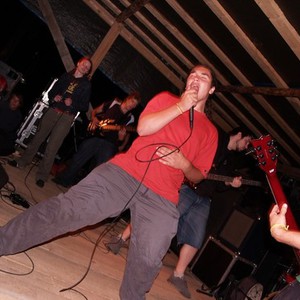 Saving Daylight Remains was formed in October, 2003 from three Latvian cities R?ga, Kr?slava and Valmiera. Location is R?ga, Latvia - coordinates to be clarified. Everyone has been mastering his instrument by self-teaching (special thanks to google.com) and is continuing this process, and hopefully will fully master them. Every member of SDR brings his or her own ideas, making what you call Saving Daylight Remains.

Every member of SDR brings his or her own ideas, making what you call Saving Daylight Remains. Despite frequent changes in the line-up, which especially affected vocal part, SDR music has become more interesting, energetic and heavier, but two vocals Anita and Vit?lijs put together original sound. Lyrics aren't attached to any specific theme. There are emotions, relations, and existence significance in our insight.

Part of band's members have played or have been playing simultaneously in such bands as Hidden Well, Enhet, INFECTED, Foul Taste of Freedom, Collide, Louis Allegre, Place of Fear, Kastete, Trauma Moralis, Huskvarn, Nepatiesi Bet Fakts. Some of former SDR members are members of various bands, and the most famous are The Beauty of Crying Star, Second Chance.

First serious record was made in December, 2004. At that time 2 songs were recorded: D?ja Vu and A Hundred Miles. Record was waged in F?nikss studio. In the end of 2005 an EP was recorded and released on Old Skool Kids indie label (www.oskrecords.com).