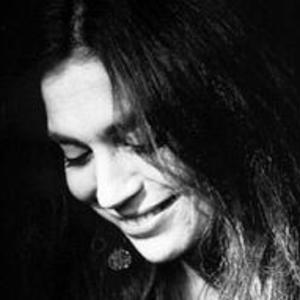 Born in Athens, Greece, Savina Yannatou (&Sigma;&alpha;&beta;?&nu;&alpha; &Gamma;&iota;&alpha;&nu;&nu;?&tau;&omicron;&upsilon;) studied song with G.Georilopoulou at the National Conservatory and later with Spiros Sakkas at the Workshop of Vocal Art in Athens. She attended postgraduate studies (performance and communication skills) at Guildhall School of Music and Drama, London, with a scholarship awarded by the Mousigetis Foundation. Her professional career as a singer started while still a student...

Her professional career as a singer started while still a student, when she sang for the very successful and until today highly respected daily program of the Greek National Radio 3 ?Lillipoupoli? under the direction of the famous composer Manos Hadjidakis.

After that she interpreted ?entechno? (?artful?) Greek songs, collaborating with well-known Greek composers and also covered contemporary opera and music. Later she focused on medieval, renaissance and barock music. In the early nineties she started experimenting with different vocal technics in free improvisation. Parallel to that she started a collaboration with a number of Thessaloniki-based musicians, who at that occasion founded the group ?Primavera en Salonico?, with which she recorded - and later performed - ?Primavera en Salonico?-Sephardic Folk Songs from Salonica-, ?Songs from the Mediterranean? , the ?Virgin Maries of the World? and ?Terra Nostra? (all released by LYRA/Musurgia Graeca, the second also in the USA by Sounds True under the name ?Mediterranea? and the last one also by ECM).

Savina Yannatou has also composed her own music and songs (a.o. ?Rosa das Rosas? and ?Dreams of the mermaid? both released by Musurgia Graeca), as well as music for theater ( the latest being for Medea, performed in 1997 by the National Greek Theatre), video art and dance theater. All together she has brought out and/or participated in over 20 LPs and CDs.
Her professional career as a singer since 1979 and as a composer-singer-vocalist since 1986 has been covering a variety of musical kinds in performances, festivals, theater and TV production, recordings etc.

Songs Of An Other (With Primavera En Salonico)

Virgin Maries Of The World (With Primavera En Salonico)

Virgin Maries Of The World