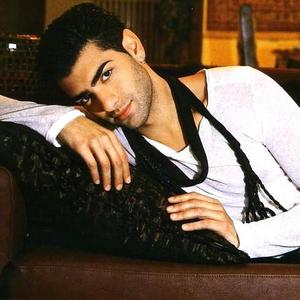 Sarbel Michael (Greek: &Sigma;&alpha;&rho;&mu;&pi;?&lambda; &Mu;&iota;&chi;&alpha;?&lambda;; born London, England, 14 May 1982 in Southgate, London, England, UK) is a Cypriot singer of half Lebanese origin. Born and raised in London, his family would make frequent trips to Greece and Cyprus during summer vacations. At age 21 he was signed up by Sony on a six year recording Contract and at the age of 22 he hit the Greek, Cypriot, and Arabic music scene and is a very popular singer. He is currently living in Greece and travels frequently to London and Lebanon.

Sarbel (pronounced "Sharbel" or "Sarbel") studied music (voice), drama, and performing arts at university. From the age of 5 to 16 he performed at the English National Opera and the Royal Opera House Covent Garden and has recorded Tosca in English for Chandos Recordings as the Shepherd Boy. At age 18, looking for some change in his life for his Gap Year, he moved to Crete where he sang at the Heraklion Palladium. He rose to fame in 2004, when he recorded in Greece the oriental hit Se Pira Sovara (?? ???? ?????? in Greek) featuring Eirini Merkouri, which first introduced the young singer to Greece, Cyprus and Lebanon. The song is based on an Arabic song called Sidi Mansour. On the same CD (a CD single) he released a second duet with Eirini Merkouri called Agapi Mou Esi. In 2005, he released his first solo album, titled Paraxeno Synesthima. This Album went Gold and was re-released with the Wella sponsored song "Thelo na Petaxo" and a bonus track of Boro Boro which he made famous during his MAD Award Ceremony appearance. In July of this year he released his second Album SAHARA and the track Taxe Mou became an instant massive hit.